Less than one month left until Percona Live. This time the Committee work was a bit unusual. Instead of having one big committee for the whole conference we had a few mini-committees, each responsible for a track. Each independent mini-committee, in turn, had a leader who was responsible for the whole process. I led the MariaDB track. In this post, I want to explain how we worked, which topics we have chosen, and why.

For MariaDB, we had seven slots: five for 50-minutes talks, two for 25-minutes talks and 19 submissions. We had to reject two out of three proposals. We also had to decide how many topics the program should cover. My aim here was to use the MariaDB track to demonstrate as many MariaDB unique features as possible. I also wanted to have as many speakers as possible, considering the number of slots we had available.

The committee agreed, and we tried our best for the program to cover the various topics. If someone sent us two or more proposals, we choose only one to allow more speakers to attend.

We also looked to identify gaps in submitted sessions. For example, if we wanted for a topic to be covered and no one sent a proposal with such a subject, we invited potential speakers and asked them to submit with that topic in mind. Or we asked those who already submitted similar talks to improve them.

The first MariaDB event will be a tutorial: “Expert MariaDB: Harness the Strengths of MariaDB Server” by Colin Charles on Tuesday, May 28

Colin started his MySQL career as a Community Engineer back in the MySQL AB times. He worked on numerous MySQL events, both big and small, including Percona Live’s predecessor, O’Reilly’s MySQL Conference and Expo. Colin joined Monty Program Ab, and MariaDB Corporation as a Chief Evangelist, then spent two years as Chief Evangelist at Percona. Colin is now a Consultant at Codership, the makers of Galera Cluster.

Colin will not only talk about unique MariaDB features up to version 10.4, but will also help you try all of them out. This tutorial is a must-attend for everyone interested in MariaDB.

Next day: Wednesday, May 29 – the first conference day – will be the MariaDB Track day. 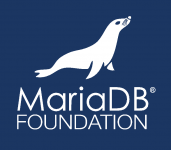 MariaDB talks will start from the keynote by Vicentiu Ciorbaru about new MariaDB features in version 10.4. He will highlight all the significant additions in this version.

Vicentiu started his career at MariaDB Foundation as a very talented Google Summer of Code student. His first project was Roles. Then he worked a lot on MariaDB Optimizer, bug fixes, and code maintenance. At the same time, he discovered a talent for public speaking, and now he is the face of MariaDB Foundation.

We at the committee had a hard choice: either to accept his 50-minutes session proposal or ask him to make a keynote. This decision was not easy, because a keynote is shorter than 50 minutes. At the same time, though, everyone at the conference will be able to see it. Brand new features of version 10.4 are a very important topic. Therefore, we decided that it would be best to have Vicentiu as a keynote speaker.

Sessions will start with a talk by Alexander Rubin “Opensource Column Store Databases: MariaDB ColumnStore vs. ClickHouse” Alex began his MySQL career as a web developer, then joined MySQL AB as a consultant. He then moved to Percona as Principal Architect. It was our loss when he left Percona to start applying his recommendations himself on behalf of a medical startup VirtualHealth! During his career as a MySQL consultant, he tried all the sexiest database products, loaded terabytes of data into them, ran the deadly intensive loads. He is the one who knows best about database strengths and weaknesses. I would recommend his session to everyone who is considering a column store solution.

Next talk is “Galera Cluster New Features” by Seppo Jaakola. This session is about the long-awaited Galera 4 library. Seppo is one of three founders of Codership Oy: the company which brought us Galera library. Before the year 2007, when the Galera library was first released, MySQL users had to choose between asynchronous replication and asynchronous replication (that’s not a typo). Seppo brought us a solution which allowed us to continue using InnoDB in the style we were used to using while writing to all nodes. The Galera library looks after the data consistency. After more than ten years the product is mature and leaving its competitors far behind. The new version brings us streaming replication technology and other improvements which relax usage limitations and make Galera Cluster more stable. I recommend this session for everyone who looks forward to a synchronous replication future.

After the lunch break, we will meet MariaDB users Sandeep Jangra and Andre Van Looveren who will show how they use MariaDB at Walmart in their talk “Lessons Learned Building a Fully Automated Database Platform as a Service Using Open Source Technologies in the Cloud”. Sandeep and Andre manage more than 6000 MariaDB installations. In addition to setting up automation, they have experience with migration and upgrade. This talk will be an excellent case study, which I recommend to attend everyone who is considering implementing automation for a farm of MariaDB or MySQL servers. 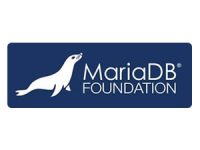 Next topic is “MariaDB Security Features and Best Practices” by Robert Bindar.  Robert is a server Developer at MariaDB Foundation. He will cover best security practices for MariaDB deployment, including the latest security features, added to version 10.4

At 4:15 pm we will have two MariaDB topics in parallel

“MariaDB and MySQL – What Statistics Optimizer Needs Or When and How Not to Use Indexes” by Sergei Golubchik – a Member of the MariaDB Foundation Board – discovers optimization techniques which are often ignored in favor of indexes. Sergei worked on MySQL, and then on MariaDB, from their very first days. I’ve known him since 2006 when I joined the MySQL team. Each time when I am in trouble to find out how a particular piece of code works, just a couple of words from Sergei help to solve the issue! He has an encyclopedic knowledge on both MariaDB and MySQL databases. In this session, Sergei will explain which statistics optimizer we can use in addition to indexes. While he will focus on specific MariaDB features he will cover MySQL too. Spoiler: these are not only histograms!

Backups in the MySQL track… 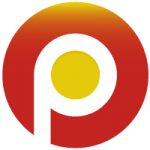 In the parallel MySQL track, Iwo Panowicz and Juan Pablo Arruti will speak about backups in their “Percona XtraBackup vs. Mariabackup vs. MySQL Enterprise Backup” Iwo and Juan Pablo are Support Engineers at Percona. Iwo joined Percona two years ago, and now he is one of the most senior engineers in the EMEA team. Linux, PMM, analyzing core files, engineering best practices: Iwo is well equipped to answer all these and many more questions. Juan Pablo works in the American Support team for everything around MariaDB and MySQL: replication, backup, performance issues, data corruption… Through their support work, Iwo and Juan Pablo have had plenty of chances to find out strengths and weaknesses of different backup solutions.

Three tools, which they will cover in the talk, can be used to make a physical backup of MySQL and MariaDB databases, and this is the fastest and best recommended way to work with an actively used server. But what is the difference? When and why should you prefer one instrument over another? Iwo and Juan Pablo will answer these questions.

Daniel Black will close the day with his talk “Squash That Old Bug”. This topic is the one I personally am looking forward to the most! Not only because I stick with bugs. But, well… the lists of accepted patches which Daniel’s posts to MariaDB and to MySQL servers are impressive. Especially when you know how strict is the quality control for external patches in MariaDB and MySQL!

In his talk, Daniel is going to help you to start contributing yourself. And to do it successfully, so your patches are accepted. This session is very important for anyone who has asked themselves why one or another MariaDB or MySQL bug has not been fixed for a long time. I do not know a single user who has not asked that question! 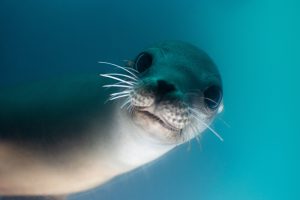 This blog about MariaDB track at Percona Live covers eight sessions, one keynote, one tutorial, 12 speakers, seven mini-committee members – two of whom are also speakers. We worked hard, and continue to work hard, to bring you great MariaDB program.

I cannot wait for the show to begin!

—
Photo by shannon VanDenHeuvel on Unsplash