20+ MongoDB Alternatives You Should Know About 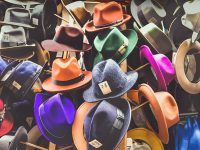 As MongoDB® has changed their license from AGPL to SSPL many are concerned by this change, and by how sudden it has been. Will SSPL be protective enough for MongoDB, or will the next change be to go to an altogether proprietary license? According to our poll, many are going to explore MongoDB alternatives. This blog post provides a brief outline of technologies to consider.

Most major cloud providers offer some variant of a native document database for you to consider.

If you’re not ready for a major migration effort, there is one more solution for you – Percona Server for MongoDB.  Based on MongoDB Community, and enhanced by Percona with Enterprise Features, Percona Server for MongoDB offers 100% compatibility. As we wrote in a previous post, we commit to shipping a supported AGPL version until the situation around SSPL is clearly resolved.

Want help on deciding what is the best option for you, or with migration heavy lifting? Percona Professional Services can help!

Have idea for another feasible MongoDB alternative?  Please comment, and I will consider adding it to the list!

—
Image by JOSHUA COLEMAN on Unsplash