We have a lot of great MongoDB content coming your way in the next few weeks. However, I wanted first to give you a quick list of the major things to be on the look out for.

This new bundled release ensures a robust, secure database that you can adapt to changing business requirements. It helps demonstrate how organizations can use MongoDB (and Percona Server for MongoDB), PMM and Percona Toolkit together to benefit from the cost savings and agility provided by free and proven open source software.

Some of these new features include: 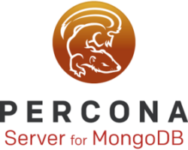 Percona Server for MongoDB includes all the features of MongoDB Community Edition 3.4, providing an open source, fully-compatible, drop-in replacement with many improvements, such as:

For all of these topics, you will see more blogs in the next few weeks that cover them in detail. Some people have asked what Percona’s MongoDB commitment looks like. Hopefully, this series of blogs help show how improving open source databases is central to the Percona vision. We are here to make the world better for developers, DBAs and other MongoDB users.