Encryption of the InnoDB System Tablespace and Parallel Doublewrite Buffer 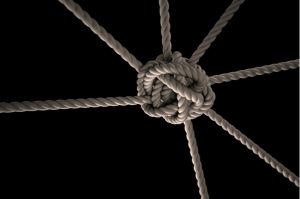 The first of the new features is InnoDB system tablespace encryption via innodb_sys_tablespace_encrypt, which would provide encryption of the following data:

There are some related changes on the horizon that would allow this to be applied to an existing instance. However, for now this is only available for new instances as it can only be applied during bootstrap. This means that it would require a logical restore of your data to use it with an existing cluster–I should restate that this is an ALPHA feature and not production-ready.

There are some extra points to note about this new variable:

To complement the encryption of the system tablespace, it is also possible to encrypt the parallel doublewrite buffer using innodb_parallel_dblwr_encrypt, a feature unique to Percona Server for MySQL.  This means that any data for an encrypted tablespace is also only written in an encrypted form in the parallel doublewrite buffer; unencrypted tablespace data remains in plaintext. Unlike innodb_sys_tablespace_encrypt, you are able to set innodb_parallel_dblwr_encrypt dynamically on an existing instance.

There are more encryption features planned–or already in development–for Percona Server for MySQL so watch this space!