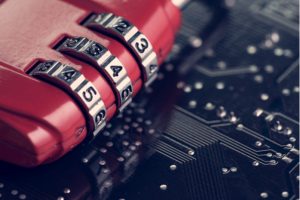 Protecting the data stored in your database may have been at the top of your priorities recently, especially with the changes that were introduced earlier this year with GDPR.

There are a number of ways to protect this data, which until not so long ago would have meant either using an encrypted filesystem (e.g. LUKS), or encrypting the data before it is stored in the database (e.g. AES_ENCRYPT or other abstraction within the application). A few years ago, the options started to change, as Alexander Rubin discussed in MySQL Data at Rest Encryption, and now MariaDB®, MySQL®, and Percona Server for MySQL all support encryption at-rest. However, the options that you have—and, indeed, the variable names—vary depending upon which database version you are using.

In this blog post we will take a look at what constitutes the maximum level of at-rest encryption that can be achieved with each of the latest major GA releases from each provider. To allow a fair comparison across the three, we will focus on the file-based key management; keyring_file plugin for MySQL and Percona Server for MySQL along with file_key_management plugin for MariaDB.

The MariaDB team take the credit for leading the way with at-rest encryption, as most of their features have been present since the 10.1 release (most notably the beta release of 10.1.3 in March 2015). Google donated the tablespace encryption, and eperi donated per-table encryption and key identifier support.

The current feature set for MariaDB 10.3 comprises of the following variables:

Using the following configuration would give you maximum at-rest encryption with MariaDB 10.3:

This configuration would provide the following at-rest protection:

You can read more about preparing the keys, as well as the other key management plugins in the Encryption Key Management docs.

There is an existing bug related to encrypt_tmp_files (MDEV-14884), which causes the use of mysqld --help --verbose to fail, which if you are using the official MariaDB Docker container for 10.3 will cause you to be unable to keep mysqld up and running. Messages similar to these would be visible in the Docker logs:

N.B. you should be aware of the limitations for the implementation, most notably log tables and files are not encrypted and may contain data along with any query text.

One of the key features supported by MariaDB that is not yet supported by the other providers is the automatic, parallel encryption of tables that will occur when simply enabling innodb_encrypt_tables . This avoids the need to mark the existing tables for encryption using ENCRYPTED=YES , although at the same time it also does not automatically add the comment and so you would not see this information. Instead, to check for encrypted InnoDB tables in MariaDB you should check information_schema.INNODB_TABLESPACES_ENCRYPTION , an example query being:

As can be inferred from this query, the system tables in MariaDB 10.3 are still predominantly MyISAM and as such cannot be encrypted.

Whilst the enterprise version of MySQL has support for a number of data at-rest encryption features as of 5.7, most of them are not available to the community edition. The latest major release of the community version sees the main feature set comprise of:

Using the following configuration would give you maximum at-rest encryption with MySQL 8.0:

This configuration would provide the following at-rest protection:

You would need to create new, or alter existing tables with the ENCRYPTION=Y option, which would then be visible by examining information_schema.INNODB_TABLESPACES , an example query being:

N.B. You are able to encrypt the tablespaces in 5.7, in which case you should use information_schema.INNODB_SYS_TABLESPACES as the internal system views on the data dictionary were renamed (InnoDB Changes).

Unfortunately, whilst all of the tables in the mysql schema use the InnoDB engine (except for the log tables), you cannot encrypt them and instead get the following error:

Interestingly, you are led to believe that you can indeed encrypt the general_log and slow_log tables, but this is in fact a bug (#91791).

Last, but not least we have Percona Server for MySQL, which, whilst not completely matching MariaDB for features, is getting very close. As we shall see shortly, it does in fact have some interesting differences to both MySQL and MariaDB.

The current feature set for 5.7, which does indeed exceed the features provided by MySQL 5.7 and for the most part 8.0, is as follows:

N.B. It is important to review the documentation for each of these variables as some new features are marked as ALPHA or BETA at the time of writing. You should ensure that you have thoroughly tested the configuration in your environment before fully deploying across your production server. Since you can deploy the changes on a slave without changing the master, then you could choose to use one or more read-only slaves to test out in production, if that is possible in your environment.

Using the following configuration would give you maximum at-rest encryption with Percona Server 5.7 for a new, bootstrapped instance: