MongoDB is a popular choice for persistent storage in IoT architectures for a number of reasons:

In this webinar you will learn how to build out an IoT architecture using Percona Server MongoDB for DC/OS.

Jeff is the Product Manager for Percona Server for MongoDB. Before joining Percona, Jeff spent over ten years managing software applications related to Cisco's enterprise voice platform, including call recording and quality management software for contact centers, and attendant console software for any organization that wanted humans to answer their incoming calls. He considers himself a business nerd who loves tech.

Matt Jarvis is Senior Director of Community and Evangelism at Mesosphere, engaging with the communities around DC/OS and Mesos. Matt has spent more than 15 years building products and services around open source software, on everything from embedded devices to large scale distributed systems. Most recently he has been focused on the open cloud infrastructure space, and in emerging patterns for cloud native applications. 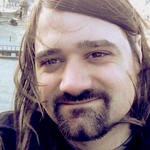 Tim joined Percona in 2016 as Sr. Technical Operations Architect for MongoDB with a goal to make the operations of MongoDB as smooth as possible. With experience operating infrastructures in industries such as government, online marketing/publishing, SaaS and gaming combined with experience tuning systems from the hard disk all the way up to the end-user, Tim has spent time in nearly every area of the modern IT stack with many lessons learned. Tim is based in Amsterdam, NL and enjoys traveling, coding and music. Prior to Percona Tim was the Lead MySQL DBA of Electronic Arts' DICE studios, helping some of the largest games in the world (“Battlefield" series, “Mirrors Edge” series, “Star Wars: Battlefront”) launch and operate smoothly while also leading the automation of MongoDB deployments for EA systems. Before the role of DBA at EA's DICE studio, Tim served as a subject matter expert in NoSQL databases, queues and search on the Online Operations team at EA SPORTS. Prior to moving to the gaming industry, Tim served as a Database/Systems Admin operating a large MySQL-based SaaS infrastructure at AbeBooks/Amazon Inc.