A critical piece of your infrastructure is the database tier, yet people don't pay enough attention to it judging by how many are bitten via poorly chosen defaults, or just a lack understanding of running a secure database tier. In this talk, I'll focus on MySQL/MariaDB, PostgreSQL and MongoDB, and cover external authentication, auditing, encryption, SSL, firewalls, replication, and more gems from over a decade of consulting in this space from Percona's 4,000+ customers.

Alkin has extensive experience in enterprise relational databases working in various sectors for large corporations. With more then 20 years of industry experience he has acquired skills for managing large projects from ground up to production. For the past six years he's been focusing on e-commerce, SaaS and MySQL technologies. He managed and architected database topologies for high volume site at eBay Intl. He has several years of experience on 24X7 support and operational tasks as well as improving database systems for major companies. He has led MySQL global operations team on Tier 1/2 support for MySQL customers. Recently joined Percona's expert technical management team. 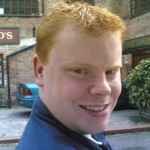