Percona Server for MongoDB is an enhanced, open source, and highly-scalable database. Moreover, it is a fully-compatible, drop-in replacement for MongoDB 4.0 Community Edition. It also supports MongoDB 4.0 protocols and drivers.

This release includes all features of MongoDB 4.0 Community Edition 4.0. Most notable among these are: 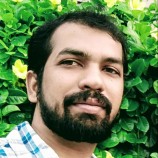