The solution starts with building a secure PostgreSQL environment, tuning the database for the production workload, building a high availability strategy that avoids single-point-of-failures, scaling PostgreSQL using connection poolers to avoid excessive usage of server resources, and load balancing reads between the available standby replicas to effectively use the computing power of all the database servers.

We will be publishing a series of blog posts to expand on each topic below. This webinar will go into more detail as we showcase the full project.
Topics covered in the blogs and demonstrated during the webinar include:

Securing your PostgreSQL database cluster
High availability in PostgreSQL
Preparing a PostgreSQL backup strategy and the tools available for use
Scaling PostgreSQL using connection poolers and load balancers
Detailed logging in PostgreSQL and the tools and extensions available to you
Monitoring your PostgreSQL environment
We will walk you through the whole process during the 45-minute webinar, showing you the results we achieved and how our solution works in practice. During this webinar you will see a simple web application operating normally, and then demonstrate what happens when we kill the master, when we remove the connection pooler out of the setup, and when we add another replica to share the read load. 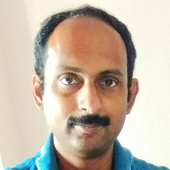 I have been supporting various database systems for the last 17 years. I am an active member of the PostgreSQL community in India and participated as speaker and trainer in last pgConf India. I was working as an Architect in OpenSCG for the last couple of years which was taken over by Amazon recently. I was actively involved in the opensource project BigSQL-A PostgreSQL distribution to make PostgreSQL more developer friendly. I´m enthusiastic about joining this team and a great Open Source company. 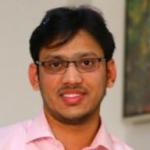 Avinash Vallarapu joined Percona in the month of May 2018. Before joining Percona, Avi worked as a Database Architect at OpenSCG for 2 Years and as a DBA Lead at Dell for 10 Years in Database technologies such as PostgreSQL, Oracle, MySQL and MongoDB. He is a co-author of book - "Beginning PostgreSQL on Cloud" and has also given several talks and trainings on PostgreSQL. He has good experience in performing Architectural Health Checks and Migrations to PostgreSQL Environments. 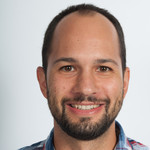 Fernando joined Percona in early 2013 after working 8 years for a Canadian company specialized in offering services based in open source technologies. Fernando's work experience includes the architecture, deployment and maintenance of IT infrastructures based on Linux, open source software and a layer of server virtualization. From the basic services such as DHCP & DNS to identity management systems, but also including backup routines, configuration management tools and thin-clients. He's now focusing on the universe of MySQL with a particular interest in understanding the intricacies of database systems. Fernando lives in the island of Florianópolis, Brazil, with his wife and kids. He enjoys spending time with them doing whatever activity they choose and resort to swimming, cycling and running in his search of balance to a life surrounded by computers. He also has a personal interest in education in general and loves to discuss the subject.