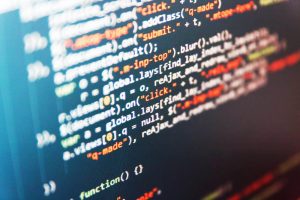 An Oracle engineer thanked two Percona engineers by name, along with engineers from Facebook and elsewhere, for their recent MySQL 8.0 source code contributions. Oracle incorporated their work into its latest MySQL production release (8.0.13).

Percona’s Zsolt Parragi authored a patch for a rare replication bug that left locked mutexes in production builds following debug crashes (bug #89421). Yura Sorokin authored a patch to fix wrong file I/O statistics in the MySQL Performance Schema (bug #90264).  Percona CTO Vadim Tkachenko cited both patches as examples of Percona’s continuing contributions to the open source community. This is one of Percona’s core ideals since the company’s founding in 2006.

In past last three years alone, Percona has reported on over 600 bugs in the MySQL server.  Most of these bug reports Percona provided Oracle engineers with reproducible test cases. They also contained detailed stack traces and other information appropriate for analyzing and fixing the bug. During that same period, Oracle accepted at least 20 patches authored by Percona engineers into its MySQL code base.

Over its 12 year history, Percona engineers have created numerous open source projects that have won widespread community adoption.  These include Percona Server for MySQL, an enhanced version of the flagship MySQL database, Percona XtraDB Cluster, a high availability database solution, Percona Server for MongoDB®, an enhanced fork of the MongoDB® database, a  Percona XtraBackup, a database backup tool, Percona Tookit, a suite of utilities for database administrators, and the most recent, Percona Monitoring and Management (PMM), a GUI tool providing visibility into database performance.

Tom Basil serves as Percona's Chief of Staff, with the primary role of coordinating the company's presence in the open source community. Tom joined Percona in 2008 as the initial Chief Operating Officer. In 2001 he became Director of Support for MySQL AB, where he met Peter Zaitsev and Vadim Tkachenko. He resides in the Baltimore, Maryland area with his wife, where they raised their six children.