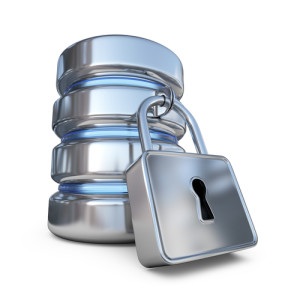 This blog post will discuss the issues and solutions for MySQL Data at Rest encryption. There is an update, too, by my colleague Ceri Williams – you can check it out here.

Data at Rest Encryption is not only a good-to-have feature, but it is also a requirement for HIPAA, PCI, and other regulations.

There are three major ways to solve data encryption at rest:

Sergei Golubchik, Chief Architect at MariaDB, outlined the pluses and minuses of database level encryption during his session at Percona Live Amsterdam:

Currently, there are two options for data at rest encryption at the database level:

MariaDB’s implementation is different from MySQL 5.7.11. MySQL 5.7.11 only encrypts InnoDB tablespace(s), while MariaDB has an option to encrypt undo/redo logs, binary logs/relay logs, etc. However, there are some limitations (especially together with Galera Cluster):

To enable the full level encryption we can add the following options to my.cnf:

After starting MariaDB with those settings, it will start encrypting the database in the background. The file_key_management plugin is used; unfortunately, it does not support key rotation. The actual keys are encrypted with:

The encryption <key> is placed in /mount/keys/mysql.key.

After starting MySQL, we can unmount the “/mount/key” partition. In this case, the key will not be available and a potential hacker will not be able to restart MySQL with “–skip-grant-tables” option (without passwords). However, it also prevents normal restarts, especially SSTs (cluster full sync).

To enable encryption, add the following option to my.cnf:

Again, after starting MySQL we can unmount the “/mount/mysql-keyring/” partition.

To start encrypting the tables, we will need to run alter table table_name encryption='Y' , as MySQL will not encrypt tables by default.

To find all encrypted tablespaces in MySQL/Percona Server 5.7.11, we can use information_schema.INNODB_SYS_TABLESPACES and the flag field. For example, to find normally encrypted tables, use the following query:

You can also use this query instead: select * from information_schema.tables where CREATE_OPTIONS like '%ENCRYPTION="Y"%';.

This is a debatable topic, especially for the MariaDB implementation when everything is configured to be encrypted. During my tests, I’ve seen ~10% of overhead for the standalone MySQL instance, and ~20% with Galera Cluster.

The MySQL 5.7/Percona Server 5.7 tablespace-level encryption shows an extremely low overhead, however, that needs to be tested in different conditions.

Even with all the above limitations, database-level encryption can be a better option than the filesystem-level encryption if the application can not be changed. However, it is a new feature (especially MySQL 5.7.11 version) and I expect a number of bugs here.