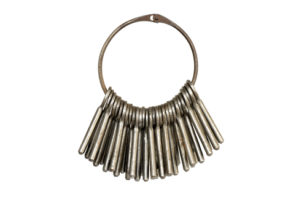 Welcome to Part 2 in a series of blog posts on MySQL encryption at rest. This post covers InnoDB tablespace encryption.

At Percona, we work with a number of clients that require strong security measures for PCI, HIPAA and PHI compliance, where data managed by MySQL needs to be encrypted “at rest.” As with all things open source, there several options for meeting the MySQL encryption at rest requirement. In this three-part series, we cover several popular options of encrypting data and present the various pros and cons to each solution. You may want to evaluate which parts of these tutorials work best for your situation before using them in production.

In this post, we discuss InnoDB tablespace encryption (TE). You can choose to use just LUKS, just InnoDB TE, or you can use both. It depends on your compliance needs and your configuration. For example, say you put your binary logs and InnoDB redo logs on partition X, and your InnoDB tablespaces (i.e., your .ibd files) on partition Y. InnoDB TE only handles encrypting the tablespaces. You would need to use LUKS on partition X to encrypt those files.

As a real-world example, picture a high-school janitor’s key-chain. Each key is different; each key works for only one door (or in MySQL’s case, table). The keys themselves never change, but the label on each key can change based on how the janitor wants to note which key works on which door. At any time, the janitor can re-label the keys with special names, thwarting any hooligans from opening doors they shouldn’t be opening.

As noted above, InnoDB uses a keyring to manage encryption keys on a per-table basis. But you must load the keyring plugin before InnoDB. Add the following lines to your my.cnf under the [mysqld] section. You may substitute a different path for the keyring file, but be sure that mysqld has permissions to this path:

You do not need to restart MySQL at this time, but you can if you wish. These settings are for when you restart MySQL in the future.

Install the Keyring Plugin in MySQL

If you don’t wish to restart MySQL at this time, you can still continue. Run the following SQL statements within MySQL to load the plugin and configure the keyring file:

You can now CREATE encrypted tables or ALTER existing tables to encrypt them with a simple command:

Be careful with the above ALTER: It will most likely block all other transactions during this conversion.

Using pt-online-schema-change is fairly straightforward. While it has many options, the most basic usage to encrypt a single table is the following:

pt-online-schema-change creates an encrypted, shadow copy of the table mytab. Once the table is populated with the original data, it drop-swaps the table and replaces the original table with the new one.

It is always recommended to first run pt-online-schema-change with the --dry-run flag first, in order to validate the command and the change.

Encrypting All Tables in a Database

To encrypt all the tables in a database, we can simply take the above command and wrap it in a shell loop. The loop is fed a list of tables in the database from MySQL. You just need to change the dbname variable:

Be careful with the above command, as it will take off and blast through all the changes!

Your compliance policy dictates how often you need to rotate the encryption keys within InnoDB:

This command creates a new key, decrypts all encrypted tablespace headers (where you store the per-table key) using the previous key, and then re-encrypts the headers with the new key. Notice that the table itself is not re-encrypted. This would be an extremely intrusive and potentially dangerous operation. Recall above that each tables’ encryption key never changes (unless the entire table gets decrypted). What can change is the key used to encrypt that key within each tables’ header.

The keyring UDFs in MySQL

The keyring plugin can also be used to store sensitive data within MySQL for later retrieval. This functionality is beyond the scope of this blog as it doesn’t deal directly with InnoDB TE. You can read more about it in the MySQL manual.

Matthew joined Percona in the fall of 2012 as a MySQL Consultant; now Senior Architect / Senior Instructor. His areas of knowledge include the traditional LAMP stack, memcached, MySQL Cluster, massive sharding topologies, and PHP/GoLang/C/C++ MySQL development. Previously, Matthew was a DBA for the 5th largest world-wide MySQL installation at eBay/PayPal.During his off-hours, Matthew is a nationally ranked, competitive West Coast Swing dancer and travels to competitions around the US. He enjoys working out, camping, biking, and shooting Junior-Olympic Recurve Archery with his son.