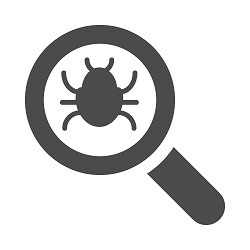 This blog is an announcement for a Percona Server update with regards to CVE-2016-6662.

An independent research has revealed multiple severe MySQL vulnerabilities. This advisory focuses on a critical vulnerability with a CVEID of CVE-2016-6662. The vulnerability affects MySQL servers in all version branches (5.7, 5.6, and 5.5) including the latest versions, and could be exploited by both local and remote attackers.

Both the authenticated access to MySQL database (via network connection or web interfaces such as phpMyAdmin) and SQL Injection could be used as exploitation vectors. Successful exploitation could allow attackers to execute arbitrary code with root privileges which would then allow them to fully compromise the server on which an affected version of MySQL is running.

This is a CRITICAL update, and the fix mitigates the potential for remote root code execution.

We encourage our users to update to the latest version of their particular fork as soon as possible, ensuring they have appropriate change management procedures in place beforehand so they can test the update before placing it into production.

Percona would like to thank Dawid Golunski of http://legalhackers.com/ for disclosing this vulnerability in the MySQL software, and working with us to resolve this problem.