In a previous thread pool post, I mentioned that in Percona Server we used an open source implementation of MariaDB’s thread pool, and enhanced/improved it further. Below I would like to describe some of these improvements for transactional workloads. 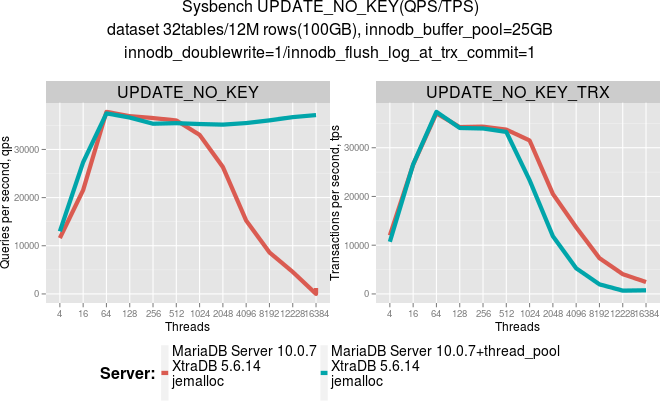 After analysis, we identified the major cause of that inefficiency: High latency between individual statements inside transactions. This looked pretty similar to the case when transactions are executed in parallel without thread pool. Latency there is high as well, though the cause of high latency in these two cases is different.

In an ideal world, the number of concurrent transactions does not matter, as long as we keep the number of concurrent statements sufficiently low. Reality is different though. An open transaction which is not currently executing a statement may still block other connections by holding metadata or row-level locks. On top of that, any MVCC implementation should examine states of all open transactions and thus may perform less efficiently with large numbers of transactions (we blogged about InnoDB-specific problems here and here). 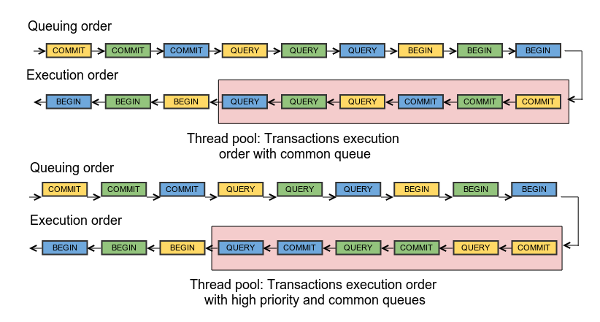 Such reordering allowed to notably reduce latency and resulted in very good scalability up to a very high number of threads. You can find details about this optimization in our documentation.

Now let’s check how these introduced changes will affect the workload we mentioned earlier in this article. 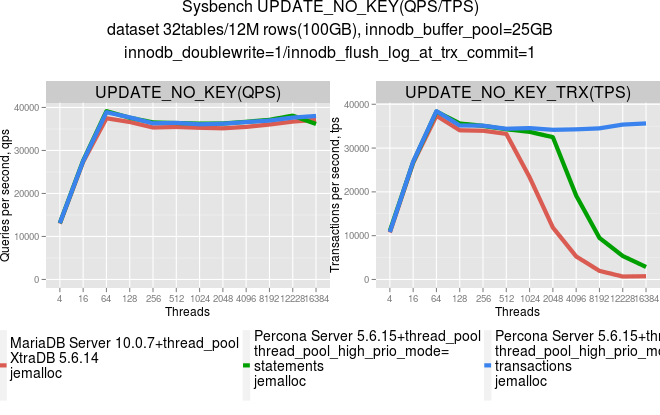 This works even more efficiently on larger transactions like OLTP_RW from sysbench. See the graphs below for the same set of servers: 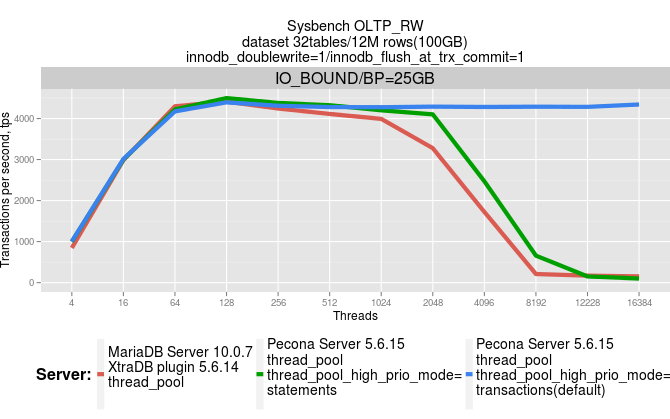 As seen, we get nearly flat throughput with thread_pool_high_prio_mode=transactions even with very high numbers of users connections.