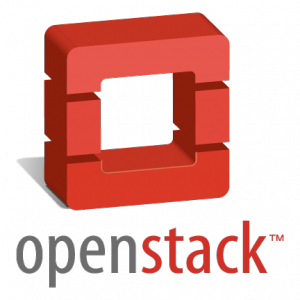 I was fortunate to attend an Ops discussion about databases at the OpenStack Summit Atlanta this past May as one of the panelists. The discussion was about deadlock issues OpenStack operators see with Percona XtraDB Cluster (of course this is applicable to any Galera-based solution). I asked to describe what they are seeing, and as it turned out, nova and neutron uses the SELECT … FOR UPDATE SQL construct quite heavily. This is a topic I thought was worth writing about.

Write set replication in a nutshell (with oversimplification)

Before committing on the originating node, the write set is transferred to all other nodes in the cluster. The originating node checks that the transaction is not conflicting with any of the transactions in the receive queue and checks if it’s applicable to the database. This process is called certification. After the write set is certified the transaction is committed. The remote nodes will do certification asynchronously compared to the local node. Since the certification is deterministic, they will get the same result. Also the write set on the remote nodes can be applied later because of this reason. This kind of replication is called virtually synchronous, which means that the data transfer is synchronous, but the actual apply is not.

We have a nice flowchat about this.

Since the write set is only transferred before commit, InnoDB row level locks, which are held locally, are not held on remote nodes (if these were escalated, each row lock would take a network round trip to acquire). This also means that by default if multiple nodes are used, the ability to read your own writes is not guaranteed. In that case, a certified transaction, which is already committed on the originating node can still sit in the receive queue of the node the application is reading from, waiting to be applied.

And some records we can lock.

On the first node, lock the record.

On the second, update it with an autocommit transaction.

Let’s examine what happened here. The local record lock held by the started transation on pxc1 didn’t play any part in replication or certification (replication happens at commit time, there was no commit there yet). Once the node received the write set from pxc2, that write set had a conflict with a transaction still in-flight locally. In this case, our transaction on pxc1 has to be rolled back. This is a type of conflict as well, but here the conflict is not caught on certification time. This is called a brute force abort. This happens when a transaction done by a slave thread conflict with a transaction that’s in-flight on the node. In this case the first commit wins (which is the already replicated one) and the original transaction is aborted. Jay Janssen discusses multi-node writing conflicts in detail in this post.

The same thing happens when 2 of the nodes are holding record locks via select for update. Whichever node commits first will win, the other transaction will hit the deadlock error and will be rolled back. The behavior is correct.

Here is the same SELECT … FOR UPDATE transaction overlapping on the 2 nodes.

Where does this happen in OpenStack?

For example in OpenStack Nova (the compute project in OpenStack), tracking the quota usage uses the SELECT…FOR UPDATE construct.

So where does it come from?

These constructs are generated by SQLAlchemy using with_lockmode(‘update’). Even in nova’s pydoc, it’s recommended to avoid with_lockmode(‘update’) whenever possible. Galera replication is not mentioned among the reasons to avoid this construct, but knowing how many OpenStack deployments are using Galera for high availability (either Percona XtraDB Cluster, MariaDB Galera Cluster, or Codership’s own mysql-wsrep), it can be a very good reason to avoid it. The solution proposed in the linked pydoc above is also a good one, using an INSERT INTO … ON DUPLICATE KEY UPDATE is a single atomic write, which will be replicated as expected, it will also keep correct track of quota usage.

The simplest way to overcome this issue from the operator’s point of view is to use only one writer node for these types of transactions. This usually involves configuration change at the load-balancer level. See this post for possible load-balancer configurations.

How to know which transactions are causing deadlock