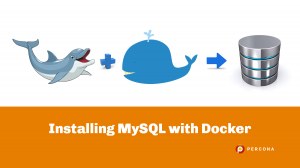 Docker is actually not my most preferred way as it does not match a typical production install, and if you look at service control behavior or file layout it is quite different.  What is great about Docker though is that it allows installing the latest MySQL version – as well as any other version – very easily.

Docker also is easy to use when you need a simple, single instance.  If you’re looking into some replication-related behaviors, DBDeployer may be a better tool for that.

These instructions are designed to get a test instance running quickly and easily; you do not want to use these for production deployments. All instructions below assume Docker is already installed.

First, you should know there are not one but two “official” MySQL Docker Repositories.  One of them is maintained by the Docker Team and is available by a simple docker run mysql:latest.  The other one is maintained by the MySQL Team at Oracle and would use a docker run mysql/mysql-server:latest  syntax.  In the examples below, we will use MySQL Team’s Docker images, though the Docker Team’s work in a similar way.

This will start the latest version of MySQL instance, which can be remotely accessible from anywhere with specified root password.  This is easy for testing, but not a good security practice (which is why it is not the default).

Installing with Docker means you do not get any tools, utilities, or libraries available on your host directly, so you either install these separately, access created instance from a remote host, or use command lines shipped with docker image.

When you want to stop the MySQL Server Docker Container run:

If you want to restart a stopped MySQL Docker container, you should not try to use docker run to start it again. Instead, you should use:

If something is not right, for example, if the container is not starting, you can access its logs using this command:

If you want to re-create a fresh docker container from scratch you can run:

Followed by the docker run command described above.

If you want to pass some command line options to MySQL Server, you can do it this way:

If you just want to run one MySQL version at a time in Docker container, it is easy – you can just pick the version you want with Docker Image Tag and change the Name to be different in order to avoid name conflict:

This will start MySQL 8.0.17 in Docker Container.

And this will start the latest MySQL 5.7 in Docker.

The potential problem of running multiple MySQL Versions in Docker at the same time is TCP port conflict.   If you do not access Docker Container from outside, and just run utilities included in the same container, you can just remove port mapping (-p option) and you can run multiple containers:

There are a lot more things to consider if you’re going to use MySQL on Docker for anything beyond testing.  For more information check-out the MySQL Server Page on Docker Hub and MySQL Manual.