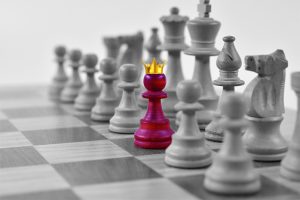 Recently, we had an edge case where a MySQL slave went out-of-sync but it couldn’t be rebuilt from scratch. The slave was acting as a master server to some applications and it had data was being written to it. It was a design error, and this is not recommended, but it happened. So how do you synchronize the data in this circumstance? This blog post describes the steps taken to recover from this situation. The tools used to recover the slave were pt-slave-restart, pt-table-checksum, pt-table-sync and mysqldiff.

To illustrate this situation, it was built a master x slave configuration with sysbench running on the master server to simulate a general application workload. The environment was set with a Percona Server 5.7.24-26 and sysbench 1.0.16.

Below are the sysbench commands to prepare and simulate the workload:

With the environment set, the slave server was stopped, and some operations to desynchronize the slave were performed to reproduce the problem.

With the slave desynchronized, a restart on the replication was executed. Immediately, the error below appeared:

Then, a CHANGE MASTER command was run on the slave:

Now the slave had a valid binary log file to read, but since it was inconsistent, it hit another error:

Working past the errors

Before fixing the inconsistencies, it was necessary to keep the replication running and to skip the errors. For this, the pt-slave-restart tool will be used. The tool needs to be run on the slave server:

The tool skips errors and starts the replication threads. Below is an example of the output of the pt-slave-restart:

With the tool running on one terminal, the phase to check the inconsistencies began. First things first, an object definition check was performed using mysqldiff utility. The mysqldiff tool is part of MySQL utilities. To execute the tool:

And below are the differences found between the master and the slave:

1-) A table that doesn’t exist

Performing the recommendations on the slave (creating the table and the table modification) the object’s definition was now equal. The next step was to check data consistency. For this, the pt-table-checksum was used to identify which tables are out-of-sync. This command was run on the master server.

And an output example:

Analyzing the DIFFS column it is possible to identify which tables were compromised. With this information, the pt-table-sync tool was used to fix these inconsistencies. The tool synchronizes MySQL table data efficiently, performing non-op changes on the master so they can be replicated and applied on the slave. The tools need to be run on the slave server. Below is an example of the tool running:

It is possible to perform a dry-run of the tool before executing the changes to check what changes the tool will apply:

After executing the pt-table-sync, we recommend that you run the pt-table-checksum again and check if the DIFFS column shows the value of 0.

This blog post was intended to cover all possible issues that could happen on a slave when it goes out-of-sync such as DDL operations, binary log purge and DML operations. This process involves many steps and it could take a long time to finish, especially in large databases. Note that this process might take longer than the backup/restore process. However, in situations like the one mentioned above, it might be the only solution to recover a slave.

—
Image based on Photo by Randy Fath on Unsplash