Percona Monitoring and Management: Look After Your pmm-data Container 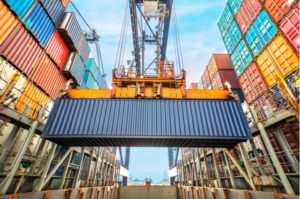 If you have already deployed PMM server using Docker you might be aware that we begin by creating a special container for persistent PMM data. In this post, I aim to explain the importance of pmm-data container when you deploy PMM server with Docker. By the end of this post, you will have a fair idea of why this Docker container is needed.

Percona Monitoring and Management (PMM) is a free and open-source solution for database troubleshooting and performance optimization that you can run in your own environment. It provides time-based analysis for MySQL and MongoDB servers to ensure that your data works as efficiently as possible.

What is the purpose of pmm-data?

Well, as simple as its name suggests, when PMM Server runs via Docker its data is stored in the pmm-data container. It’s a dedicated data only container which you create with bind mounts using -v i.e data volumes for holding persistent PMM data. We use pmm-data to compartmentalize the persistent data so you can more easily backup up and move data consistently across instances or containers. It acts as a single access point from which other running containers (in this case pmm-server) can access data volumes.

pmm-data container does not run, but data from the container is used by pmm-server to build graphs. PMM Server is the core of PMM that aggregates collected data and presents it in the form of tables, dashboards, and graphs in a web interface.

Why do we use docker create ?

The docker create  command instructs the Docker daemon to create a writable container layer over the docker image. When you execute docker create  using the steps shown, it will create a Docker container named pmm-data and initialize data volumes using the -v flag in conjunction with the create command. (e.g. /opt/prometheus/data).

Make sure that the data volumes you initialize with the -v option match those given in the example. PMM Server expects you to have bind mounted those directories exactly as demonstrated in the deployment steps. For using different mount points for PMM deployment, please refer to this blog post. Data volumes are very useful as once designated and created you can share them and be include them as part of other containers. If you use -v or –volume to bind-mount a file or directory that does not yet exist on the Docker host, -v creates the endpoint for you. It is always created as a directory. Data in the pmm-data volume are actually hosted on the host’s filesystem. 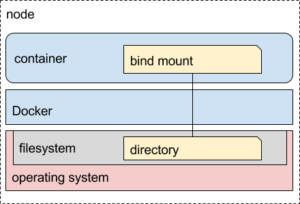 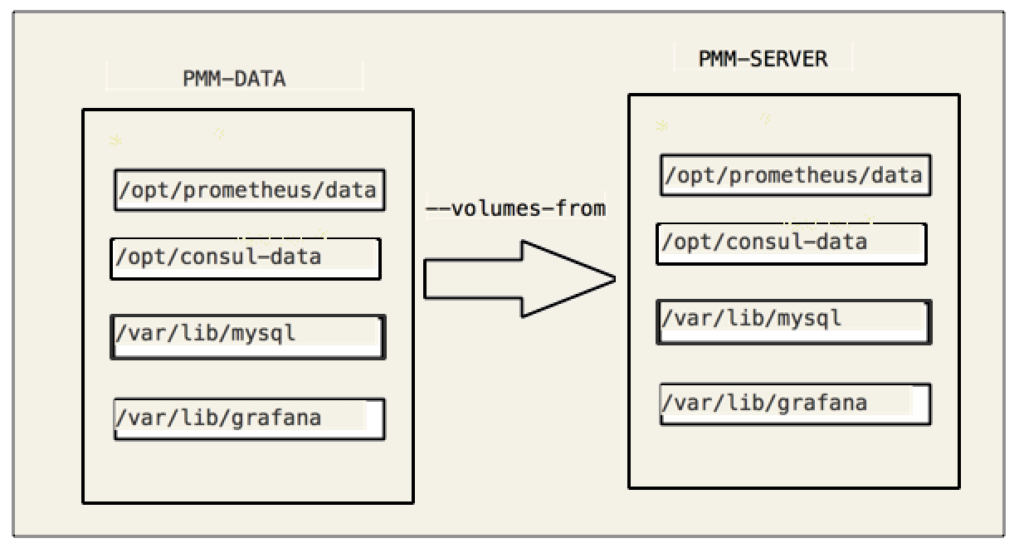 Why does pmm-data not run ?

As we used docker create  container and not docker run  for pmm-data, this container does not run. It simply exists to make sure you retain all PMM data when you upgrade to a newer PMM Server image. Data volumes bind mounted on pmm-data container are shared to the running pmm-server container as the --volumes-from  option is used for pmm-server launch. Here we persisted data using Docker without binding it to the pmm-server by storing files in the host machine. As long as pmm-data exists, the data exists.

You can stop, destroy, or replace a container. When a non-running container is using a volume, the volume is still available to Docker and is not removed automatically. You can easily replace the pmm-server of the running container by a newer version without any impact or loss of data. For that reason, because of the need to store persistent data, we do it in a data volume. In our case, pmm-data container does not write to the same volumes as it could cause possible corruption.

Why can’t I remove pmm-data container ? What happens if I delete it ?

If you remove containers that mount volumes, including the initial pmm-server container, or any subsequent containers mounted, such as pmm-server-2, you do not delete the volumes. This allows you to upgrade — or effectively migrate — data volumes between containers. Your data container might be based on an old version of container, with known security problems. It is not a big problem since it doesn’t actually run anything, but it doesn’t feel right.

As noted earlier, pmm-data stores metrics data as per the retention. You should not remove or recreate pmm-data container unless you need to wipe out all PMM data and start again. To delete the volume from disk, you must explicitly call docker rm -v against the container with a reference to the volume.

Some do’s and don’ts

In case of any issues with metrics, here’s a good blog post regarding troubleshooting.

Siddhant Sawant currently works as MySQL DBA at Percona . He resides in Mumbai , India and loves to watch and play cricket especially bowling .