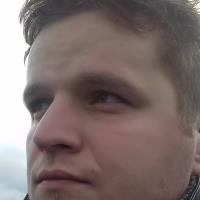 This blog post is with Dmitry Dolgov, a software engineer at Zalando SE. His talk is titled NoSQL Best Practices for PostgreSQL. One of PostgreSQL’s most attractive features is the Jsonb data type. It allows efficient work with semi-structured data without sacrificing strong consistency and ability to use all the power of proven relational technology.  In our conversation, we discussed how to use this NoSQL feature in PostgreSQL:

Percona: How did you get into databases? What do you love about it?

Dmitry: I grew extremely interested in databases not so long ago, mostly due to the influence of Oleg Bartunov, who is a longtime contributor to PostgreSQL. Initially, I just implemented one patch for the Jsonb data type that was eventually included in the core. After that I couldn’t stop. So I still try to help the PostgreSQL community as much as I can.

What I love is just that: PostgreSQL has an awesome community. And I mean it, there are a lot of people that are excited about databases and possess valuable expertise in this area. My most vivid memory so far about the community was someone asking a question in the hackers mailing list that got answered within minutes – even before I started to type my own reply.

Percona: How can NoSQL Jsonb data type get used effectively with PostgreSQL?

Dmitry: The trick is that you don’t need to do anything supernatural for that. Jsonb is already effective enough right out of the box. But as always there are some limitations, implementation details and tricks (which I’ll show in my talk).

Dmitry: The biggest idea behind this talk is to show that we live in interesting times. It’s not that easy to stick with only one data model/data storage. And to mitigate this issue, most modern databases are trying to provide more that one approach. We have to evaluate them each carefully.

Or you can attend if you expect a holy war of PostgreSQL vs. MongoDB vs. MySQL vs. whatever else. But you won’t see anything like that, because we’re all grown up people. 🙂

Dmitry: I look forward to meeting a lot of interesting people to collaborate with, and to share my own experiences.

Want to find out more about Dmitry and PostgreSQL and the Jsonb data type? Register for Percona Live Europe 2017, and see his talk NoSQL Best Practices for PostgreSQL. Register now to get the best price! Use discount code SeeMeSpeakPLE17 to get 10% off your registration.