In this blog, we’ll look at how improvements to Percona XtraDB Cluster improved IST performance.

Starting in version 5.7.17-29.20 of Percona XtraDB Cluster significantly improved performance. Depending on the workload, the increase in throughput is in the range of 3-10x. (More details here). These optimization fixes also helped improve IST (Incremental State Transfer) performance. This blog is aimed at studying the IST impact.

IST uses the same path for applying write-sets, except that it is more like a batch operation.

Let’s look at IST performance before and now. 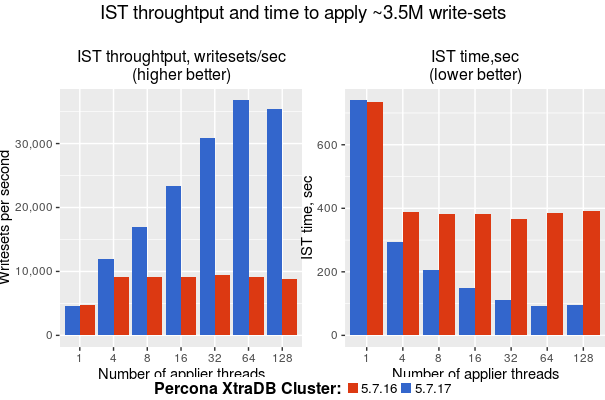