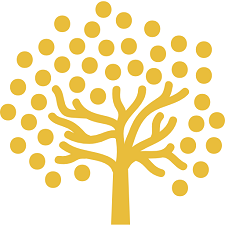 In this blog, we will provide answers to the Q & A for the TokuDB Troubleshooting webinar.

First, we want to thank everybody for attending the March 22, 2017 webinar. The recording and slides for the webinar are available here. Below is the list of your questions that we were unable to answer during the webinar:

Q: Is it possible to load specific tables or data from the backup?

A: Do you mean the backup created by TokuBackup? No, this is not possible. You have to restore the full backup to a temporary instance, then perform a logical dump/reload of the specific tables you want to restore.

Q: Since it is not recoverable when corruption happens, we have a risk of losing data. Is incremental backup the only option?

A: TokuBackup currently does not support incremental backup options. You can only create a kind of incremental backup if you copy and store the binary logs on a separate server, and then apply them on top of a previous full backup.

Vladislav Lesin is a software engineer at Percona, where he joined in April 2012. Before coming to Percona he worked on improving performance and reliability of high load projects with LAMP architecture. His work consisted in developing fast servers and modules with C and C++, projects state monitoring, searching bottlenecks, open source projects patching including nginx, memcache, sphinx, php, ejabberd. He took part in developing not only server-side applications, but desktop and mobile ones too. Also he had experience in project/product management, hiring, partners negotiations. Before that he worked in several IT companies where he developed desktop applications on C++ for such areas as industrial automation, parallel computing, media production. He holds a Master's Degree in Technique and Technology from Tula State University. Now he lives in Tula city with his wife and daughter.