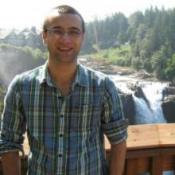 Welcome to another post in the series of Percona Live featured talk blogs! In these blogs, we’ll highlight some of the session speakers that will be at this year’s Percona Live conference. We’ll also discuss how these sessions can help you improve your database environment. Make sure to read to the end to get a special Percona Live 2017 registration bonus!

In this Percona Live featured session, we’ll meet Bogdan Munteanu, Software Engineer at Dropbox. His session is Edgestore Multi-tenancy & Isolation. Edgestore is Dropbox’s distributed metadata store, used by hundreds of products, services and features (both internal and external). Dropbox shares a single Edgestore deployment for all workloads, which has many benefits. At the same time it also poses challenges around multi-tenancy and isolation.

I had a chance to speak with Bogdan about Edgestore:

Bogdan: I am very passionate about large-scale distributed systems, as well as storage in general. After joining Dropbox and learning about the scale, growth and technical challenges of Dropbox’s metadata store, I decided to jump in.

One thing I love about database and database services is that for every company and deployment, they are critical, highly impactful systems. You’re always in the thick of the action! 🙂

Percona: Your talk is called Edgestore Multi-tenancy & Isolation. What does Edgestore do in Dropbox’s environment?

Bogdan: Edgestore is the metadata store that powers most of Dropbox’s products and features. Built on top of thousands of MySQL shards, it currently serves over six million RPS and stores three-trillion-plus objects.

Percona: What are the challenges that you faced at Dropbox around multi-tenancy and isolation?

Bogdan: As I mentioned earlier, most Dropbox’s products and features use Edgestore. In order to achieve isolation, many companies end up allocating dedicated database clusters for each product, or enforce hard limits on how much RPS each product can send.

We took a different approach: Edgestore is a single cluster serving all traffic and workloads. As you can probably guess, sometimes different products generate loads that negatively impact others. The challenge is to isolate the different types of workloads and traffic so as to prevent this from happening.

Due to our growth, new use cases come up all the time. It’s critical to have a mechanism that quickly detects who is causing a performance-impacting load, and then throttles back that specific source.

Bogdan: I think it would be interesting for folks to learn about the Edgestore architecture and workloads, some of our internals and the mechanisms we use to scale a one-size-fits-all metadata store while maintaining 99.99% availability.

Percona: What are you most looking forward to at Percona Live 2017?

Bogdan: I am really excited about several of the scheduled talks and workshops. There is a really good line up this year. It is also a great opportunity to meet other folks with similar interests in database services.

Register for Percona Live Data Performance Conference 2017, and see Bogdan present his session on Edgestore Multi-tenancy & Isolation. Use the code FeaturedTalk and receive $100 off the current registration price!

Percona Live Data Performance Conference 2017 is the premier open source event for the data performance ecosystem. It is the place to be for the open source community as well as businesses that thrive in the MySQL, NoSQL, cloud, big data and Internet of Things (IoT) marketplaces. Attendees include DBAs, sysadmins, developers, architects, CTOs, CEOs, and vendors from around the world.

The Percona Live Data Performance Conference will be April 24-27, 2017 at the Hyatt Regency Santa Clara & The Santa Clara Convention Center.