RocksDB has been taking the world by the storm!

RocksDB counts Facebook, LinkedIn, Pinterest, Airbnb and Netflix among its users. It is the storage engine for many open source database technologies, including CockroachDB, Apache Flink, TiKV and Dgraph. It is also integrated with MySQL and MongoDB as the MyRocks and MongoRocks storage engines, respectively.

Percona was an early RocksDB supporter, as well as an early adopter. MongoRocks was included with Percona Server for MongoDB since its first GA version.

RocksDB has proven itself to be a very stable, high-performance technology. The enthusiastic,  high-energy engineering team behind it cares not just about making it work for Facebook (which can be the case with some technologies built mainly for internal use), but also about satisfying the needs of the open source community at large. So it shouldn’t be a big surprise that RocksDB is getting such traction.

We have been watching RocksDB’s MySQL implementation, MyRocks, very closely. It’s been steadily getting better performance and adding more and more features – making it feasible for a broad range of general MySQL workloads (not just Facebook use cases).

What was missing, however, were large scale production deployments of MyRocks. There is a big difference between how a technology does in tests versus how it does “in the wild.” Facebook announced last month that they completed a large-scale migration from InnoDB to MyRocks, and now use MyRocks in production. 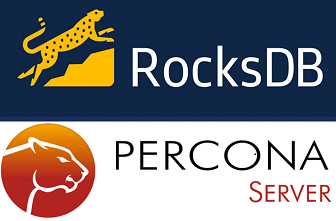 The MySQL community’s reaction was overwhelmingly positive. They can’t wait to explore MyRocks, and see if it is right for their workload. Percona engineering teams are working as fast as possible to release the Beta version of Percona Server with MyRocks (with a GA soon to follow), but if you can’t wait that long you can check out experimental MyRocks Docker images here.

Reading this, many of you are likely wondering: when? In our experience, integrating a storage engine into database software is not a trivial task, and progress is often tricky. Completing 95% of the integration is easy enough (sufficient for most workloads). However, the last 5% of the integration – dealing with outliers and corner cases – can be quite difficult. You often discover more issues just when you think it’s done.

We know you have high expectations for Percona Server, and need it to handle the most demanding environments. With this in mind, we’re not going rush a Percona Server with MyRocks release. We will provide the experimental builds of MyRocks in Percona Server in Q1 2017, and we encourage you to start testing and experimenting so we can quickly release a solid GA version.

Percona’s purpose is to champion the best solutions for the open source community, and we think including MyRocks as an option for Percona Server for MySQL is a step in that direction.