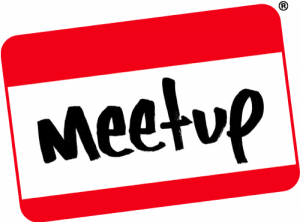 Percona CEO Peter Zaitsev and Big Data guru Alexander Rubin will be speaking at Meetups along the East Coast next week with stops in Boston (May 11), New York City (May 12), Philadelphia (May 13) and Baltimore (May 14).

Dubbed the “MySQL Whistle-Stop Tour” since they’ll be traveling city to city via Amtrak, Peter will be speaking about last month’s Tokutek acquisition with audience Q&A, followed by a short presentation on “PXC – Next Generation HA for MySQL.”

Alexander will then discuss “advanced MySQL query tuning,” explaining how tuning MySQL queries and indexes can significantly increase the performance of your application and decrease response times.

And now for more detail around the talks….

Percona XtraDB Cluster (PXC) is a replacement for conventional MySQL master/slave architectures to eliminate replication lag and achieve a highly available masterless cluster of MySQL servers. In his talk Peter will discuss:

And as I mentioned above, Peter will also talk about Tokutek, which has delivered Big Data processing power across two of the most important Open Source data management platforms: MySQL and MongoDB. The acquisition, which includes the Tokutek distribution of MongoDB, called TokuMX, positions Percona to offer design, service, support and remote management for both MySQL and a market-leading, ACID-compliant NoSQL database from one of the most trusted companies in the industry.

Alexander’s discussion on advanced MySQL query tuning will be focused on tuning the “usual suspects…” Queries with “Group By”, “Order By” and subqueries. These query types are usually under performing in MySQL and add an additional load because MySQL may need to create a temporary table(s) or perform a filesort. He’ll also share MySQL 5.6 features that can increase MySQL query performance for subqueries and “order by” queries.

We’ll also be raffling off one pass per meetup to the Percona Live Amsterdam (Sept. 21-22) conference, along with some cool Percona t-shirts. Tasty food and beverages will be complimentary… and you are also welcome to hang out and have a beer with Peter and Alexander after the meetup.

A huge thanks to our hosts, the meetup organizers!

Would your meetup group like to have a visit from Peter, Alexander and/or other Percona experts? Just let me know in the comments section below and I’ll be happy to see if we can make it happen. Percona is also happy to help with sponsorship of your meetups.