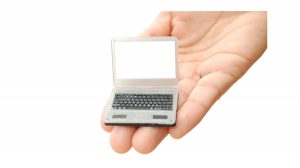 While we often run MySQL on larger scale systems in Production for Test and Dev, sometimes we want to run MySQL on the tiniest cloud instances possible or just run it on our laptops. In these cases, MySQL 8 and MySQL 5.7 memory consumption is quite important.

In comparing MySQL 8 vs MySQL 5.7, you should know that MySQL 8 uses more memory. Basic tests on a 1GB VM with MySQL 8 and MySQL 5.7 (actually they’re Percona Server versions) running the same light workload, I see the following vmstat output:

As you can see, MySQL 8 uses some 200MB more swap and also uses less OS cache, signaling more memory being allocated and at least “committed.” If we look at the “top” output we see:

This also shows more Resident memory and virtual memory used by MySQL8.   Virtual Memory, in particular, is “scary” as it is well in excess of the 1GB of physical memory available on these VMs.  Of course, Virtual Memory usage (VSZ) is a poor indicator of actual memory needs for modern applications, but it does corroborate the higher memory needs story.

In reality, though, as we know from the “vmstat” output, neither MySQL 8 nor MySQL 5.7 is swapping with this light load, even though there isn’t much “room” left. If you have more than a handful of connections or wish to run some applications on the same VM, you would get swapping (or OOM killer if you have not enabled swap).

It would be an interesting project to see how low I can drive MySQL 5.7 and MySQL 8 memory consumption, but I will leave it to another project. Here are the settings I used for this test:

Summary:  When moving to MySQL 8 in a development environment, keep in mind it will require more memory than MySQL 5.7 with the same settings.