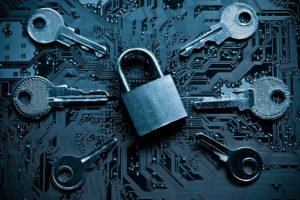 Why do I spend time blogging about security frameworks? Because, although there are some resources available on the Web, none apply to Percona XtraDB Cluster (PXC) directly. Actually, I rarely encounter a MySQL setup where SELinux is enforced and never when Percona XtraDB Cluster (PXC) or another Galera replication implementation is used. As we’ll see, there are good reasons for that. I originally thought this post would be a simple “how to” but it ended up with a push request to modify the SST script and a few other surprises.

These days, with all the major security breaches of the last few years, the importance of security in IT cannot be highlighted enough. For that reason, security in MySQL has been progressively tightened from version to version and the default parameters are much more restrictive than they used to be. That’s all good but it is only at the MySQL level if there is still a breach allowing access to MySQL, someone could in theory do everything the mysql user is allowed to do. To prevent such a situation, the operations that mysqld can do should be limited to only what it really needs to do. SELinux’ purpose is exactly that. You’ll find SELinux on RedHat/Centos and their derived distributions. Debian, Ubuntu and OpenSuse uses another framework, AppArmor, which is functionally similar to SELinux. I’ll talk about AppArmor in a future post, let’s focus for now on SELinux.

The default behavior of many DBAs and Sysadmins appears to be: “if it doesn’t work, disable SELinux”. Sure enough, it often solves the issue but it also removes an important security layer. I believe disabling SELinux is the wrong cure so let’s walk through the steps of configuring a PXC cluster with SELinux enforced.

As a starting point, I’ll assume you have a running PXC cluster operating with SELinux in permissive mode. That likely means the file “/etc/sysconfig/selinux” looks like this:

Then on the first node:

Those statements put some data in the gcache, now we just restart the second node:

Then on the second node:

to insert some data in the gcache and we restart the first node:

Now that we performed the basic operations of a cluster while recording the security violations in permissive mode, we can look at the audit.log file and start building the SELinux policy. Let’s begin by installing the tools needed to manipulate the SELinux audit log and policy files with:

Then, we’ll use the audit2allow tool to analyze the audit.log file:

We end up with 2 files, PXC.te and PXC.pp. The pp file is a compiled version of the human readable te file. If we examine the content of the PXC.te file, at the beginning, we have the require section listing all the involved SELinux types and classes: