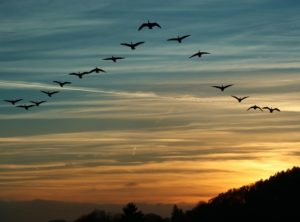 In this blog post, we’ll look at what is needed when migrating MySQL users to Amazon RDS. We’ll discuss how we can transform MySQL user grants and make them compatible with Amazon RDS.

In order to deliver a managed service experience, Amazon RDS does not provide shell access to the underlying operating system. It also restricts access to certain procedures that require advanced privileges.

Every MySQL instance has some users with ALL PRIVILEGES, and you can’t directly migrate these users to Amazon RDS because it does not support following privileges for regular users.

For example, we’ve got this user in MySQL instance running on Amazon EC2.

If we try to run the same grants in RDS, it will fail.

We’ll follow these steps for migrating users to RDS.

Identify users having privileges that aren’t supported by RDS

First, we’ll find the users with privileges that aren’t supported by Amazon RDS. I’ve excluded the localhost users because there is no direct shell access in RDS and you shouldn’t migrate these users.

We’ve two users with incompatible grants. Let’s transform their grants to make them compatible with RDS. We’ll use the query in second column output later in this process.

The next step is exporting these two users’ grants using pt-show-grants:

I’m going to import grants in a separate VM where I’ve just installed Percona Server for MySQL 5.6. Let’s call this instance as db02:

In this step, we will use REVOKE statement from Step 1 to remove the privileges that aren’t supported by Amazon RDS:

At this point, db02 has the grants that are compatible with RDS. Let’s take a look at them:

These grants look good, these can be safely migrated to RDS now. Let’s do it:

We have successfully migrated users to Amazon RDS, which would have failed in direct migration.

What about rest of the users that don’t have SUPER/SHUTDOWN/FILE/CREATE TABLESPACE privileges? Well, it’s easy. We can migrate them directly using pt-show-grants. They don’t need any transformation before migration.