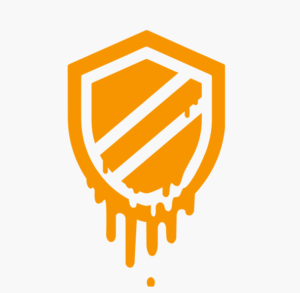 In this blog post, we examine the recent revelations about CPU security vulnerabilities.

The beginning of the new year also brings to light fresh and new CPU security vulnerabilities. Today’s big offenders originate on the hardware side – more specifically, the CPU. The reported hardware kernel bugs allow for direct access to data held in the computer/server’s memory, which in turn might leak sensitive data. Some of the most popular CPUs affected by these bugs are Intel, AMD and ARM.

The most important thing to know is that this vulnerability is not exploitable remotely, and requires that someone execute the malicious code locally. However, take extra precaution when running in virtualized environments (see below for more information).

A full overview (including a technical, in-depth explanation) can be found here: https://meltdownattack.com/.

These three CVEs refer to the issues:

Although the problems originate in hardware, you can mitigate the security issues by using updated operating system kernel versions. Patches specific to database servers such as Percona Server for MySQL, Percona Server for MongoDB, Percona XtraDB Cluster and others are unlikely.

Fixes and patches are available for Windows and MacOS. Not all major Linux distributions at the time of this post have released patches (though this is expected to evolve rapidly):

As mentioned above, this vulnerability is not exploitable remotely. It requires malicious code to be executed locally. An attacker must have either obtained unprivileged shell access or be able to load malicious code through other applications to be able to access memory from other processes (including MySQL’s memory).

To potentially exploit the vulnerability through MySQL, an attacker theoretically needs to gain access to a MySQL user account that has SUPER privileges. The attacker could then load UDF functions that contain the malicious code in order to access memory from the MySQL Server and other processes.
In MongoDB a similar behavior would need to use eval().

Some hypervisors are affected by this as they might access memory from other virtual machines. Containers are affected as well, as they can share the same kernel space.

As a general rule, Percona always recommends installing the latest security patches. In this case, however, the decision to immediately apply the patch is complicated by the reported performance impact after doing so. These patches might affect database performance!

RedHat mentions the expected impact to be measurable, and Phoronix.com saw a noticeable hit for both PostgreSQL and Redis.

At this time, Percona does not have conclusive results on how much performance impact you might expect on your databases. We’re working on getting some benchmarks results published shortly. Check back soon!

Tom has been active in UNIX system administration for 10+ years. Before joining Percona, he was working for several consultancy companies and system's integrators, always focused on offering solutions based on OSS.