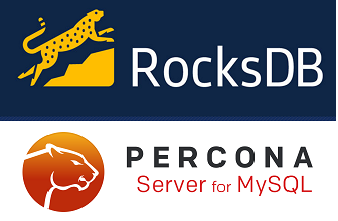 Percona, in collaboration with Facebook, is proud to announce the first experimental release of MyRocks in Percona Server for MySQL 5.7, with packages.

Back in October of 2016, Peter Zaitsev announced that we were going to port MyRocks from Facebook MySQL to Percona Server for MySQL.

Then in April 2017, Vadim Tkachenko announced the availability of experimental builds of Percona Server for MySQL with the MyRocks storage engine.

Now in September 2017, we are pleased to announce the first full experimental release of MyRocks with packages for Percona Server for MySQL 5.7.19-17.

The basis of the MyRocks storage engine is the RocksDB key-value store, which is a log-structured merge-tree (or LSM). It uses much less space, and has a much smaller write volume (write amplification) compared to a B+ tree database implementation such as InnoDB. As a result, MyRocks has the following advantages compared to other storage engines, if your workload uses fast storage (such as SSD):

Percona MyRocks is distributed as a separate package that can be enabled as a plugin for Percona Server for MySQL 5.7.19-17.

WARNING: Percona MyRocks is currently considered experimental and is not yet recommended for production use.

We are providing packages for most popular 64-bit Linux distributions:

Installation instructions can be found here.

Due to the differences between Facebook MySQL 5.6.35 and Percona Server for MySQL 5.7, there are some behavioral differences and additional limitations. Some of these are documented here.

We encourage you to install and experiment with MyRocks for Percona Server for MySQL and join the discussion here.

Any issues that you might find can be searched for and reported here.

We thank the RocksDB and MyRocks development teams at Facebook for providing the foundation and assistance in developing MyRocks for Percona Server for MySQL. Without their efforts, this would not have been possible.