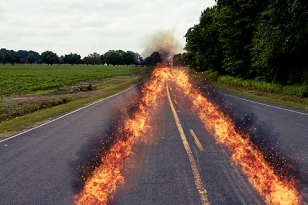 In this blog post, we’ll look at how ClickHouse performs in a general analytical workload using the star schema benchmark test.

We have mentioned ClickHouse in some recent posts (ClickHouse: New Open Source Columnar Database, Column Store Database Benchmarks: MariaDB ColumnStore vs. Clickhouse vs. Apache Spark), where it showed excellent results. ClickHouse by itself seems to be event-oriented RDBMS, as its name suggests (clicks). Its primary purpose, using Yandex Metrica (the system similar to Google Analytics), also points to an event-based nature. We also can see there is a requirement for date-stamped columns.

It is possible, however, to use ClickHouse in a general analytical workload. This blog post shares my findings. For these tests, I used a Star Schema benchmark — slightly-modified so that able to handle ClickHouse specifics.

First, let’s talk about schemas. We need to adjust to ClickHouse data types. For example, the biggest fact table in SSB is “lineorder”. Below is how it is defined for Amazon RedShift (as taken from https://docs.aws.amazon.com/redshift/latest/dg/tutorial-tuning-tables-create-test-data.html):

From this we can see we need to use datatypes like UInt8 and UInt32, which are somewhat unusual for database world datatypes.

For ClickHouse, I defined as:

For reference, the full schema for the benchmark is here: https://github.com/vadimtk/ssb-clickhouse/blob/master/create.sql.

For this table, we need to define a rudimentary column C_FAKEDATE Date in order to use ClickHouse’s most advanced engine (MergeTree). I was told by the ClickHouse team that they plan to remove this limitation in the future.

To generate data acceptable by ClickHouse, I made modifications to ssb-dbgen. You can find my version here: https://github.com/vadimtk/ssb-dbgen. The most notable change is that ClickHouse can’t accept dates in CSV files formatted as “19971125”. It has to be “1997-11-25”. This is something to keep in mind when loading data into ClickHouse.

It is possible to do some preformating on the load, but I don’t have experience with that. A common approach is to create the staging table with datatypes that match loaded data, and then convert them using SQL functions when inserting to the main table.

One of the goals of this benchmark to see how ClickHouse scales on multiple nodes. I used a setup of one node, and then compared to a setup of three nodes. Each node is 24 cores of “Intel(R) Xeon(R) CPU E5-2643 v2 @ 3.50GHz” CPUs, and the data is located on a very fast PCIe Flash storage.

For the SSB benchmark I use a scale factor of 2500, which provides (in raw data):

When loaded into ClickHouse, the table lineorder takes 464GB, which corresponds to a 3.7x compression ratio.

We see a speed up of practically three times. Handling 4.6 billion rows/s is blazingly fast!

One Table with Filtering