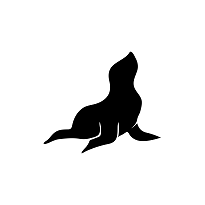 Congratulations to the MariaDB Foundation for releasing a generally available (GA) stable version of MariaDB Server 10.2! We’ll definitely spend the next few weeks talking about MariaDB Server 10.2, but here’s a quick overview in the meantime. Keep in mind that when thinking about compatibility, this is meant to be the equivalent of MySQL 5.7 (GA: October 21, 2015, with Percona Server for MySQL 5.7 GA available February 23, 2016).

Some of the highlights include:

Some of the important things to take note of are:

All in all, this release took a little over a year to make (Alpha was 18 April 2016, GA was 23 May 2017). It is extremely important to read the release notes and the changelogs of each and every release, as MariaDB Server diverges from MySQL quite a bit. At Percona, we will monitor Jira closely to ensure that you always stay informed of the latest changes.