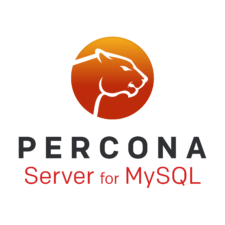 In this blog, we’ll look at how to setup and troubleshoot the Percona PAM authentication plugin.

In this article, I will show you how to (a) compile and install Samba, (b) create a domain environment with Samba, (c) add users and groups to this domain and (d) get Percona Server to use these accounts for authentication via LDAP. In my follow-up article, I will discuss how to get MySQL to authenticate credentials with Active Directory.

and have several users and groups:

We will install an NTP client on the Samba PDC/samba-10.example.com machine because time synchronization is a requirement for domain authentication. We will also compile and install Samba from source because the Samba implementation in the official repository doesn’t include the Active Directory Domain Controller role. Hence, samba-tool is not included in the official repository. For our testbed, we need this tool because it makes it easier to provision a domain and manage users and groups. So, for CentOS 7, you can either build from source or use a trusted 3rd party build of Samba (as discussed in Samba’s wiki).

For more information, please read Setting up Samba as an Active Directory Domain Controller as well.