M17 Conference Observations on the Future of MariaDB 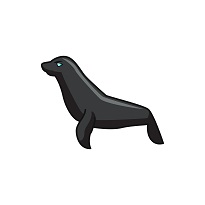 In this blog post, I’ll discuss some of my thoughts about the future of MariaDB after attending the M17 Conference.

Let me start with full disclosure: I’m the CEO of Percona, and we compete with the MariaDB Corporation in providing Support for MariaDB and other services. I probably have some biases!

Last week I attended the MariaDB Developers UnConference and the M17 Conference, which provided great insights into MariaDB’s positioning as a project and as a business. Below are some of my thoughts as I attended various sessions at the conference:

Breaking away from their MySQL past. Michael Howard’s (MariaDB CEO) keynote focused on breaking away from the past and embracing the future. In this case, the “past” means proprietary databases. But I think MariaDB is also trying to break away from their past of being a MySQL variant, and focus on becoming completely independent technology. If I didn’t know their history, I wouldn’t recognize how much codebase MariaDB shares with MySQL – and how much MariaDB innovation Oracle still drives.

MySQL compatibility is no longer the primary goal. In its first version, MariaDB 5.1 was truly compatible with MySQL (it had relatively few differences). By contrast, MariaDB 10.2 has different replication, JSON support and a very different optimizer. With MariaDB 10.3, more changes are planned for InnoDB on disk format, and no plans exist to remove .frm files and use the MySQL 8 Data Dictionary. With these features, another level of MySQL compatibility is removed. The MariaDB knowledgebase states: “For all practical purposes, MariaDB is a binary drop in replacement for the same MySQL version.” The argument can still be made that this is true for MySQL 5.7 (as long as your application does not use some of the new features), but this does not seem to be the case for MySQL 8.

The idea seems to be that since MariaDB has replaced MySQL in many (most?) Linux distributions, and many people use MariaDB when they think they are using MySQL, compatibility is not that big of a deal anymore.

Embracing contributions and keeping the development process open is a big focus of MariaDB. Facebook, Google, Alibaba and Tencent have contributed to MariaDB, along with many independent smaller companies and independent developers (Percona among them). This is different from the MySQL team at Oracle, who have provided some contributions, but not nearly to the extent that MariaDB has. An open source model is a double-edged sword – while it gives you more features, it also makes it harder to maintain a consistent user experience and consistent quality of code and documentation. It will be interesting to see how MariaDB deals with these challenges.

Oracle compatibility. MariaDB strives to be the open source database that is the most compatible with Oracle, and therefore the easiest to migrate to. I have heard people compare MariaDB’s desire for Oracle compatibility to EDB Postgres – only with the advantage of being open source as opposed to proprietary software.  For MariaDB 10.3 (alpha), they are developing support for Oracle PL/SQL syntax for stored procedures to be able to migrate applications with little, if any, changes. They are also developing support for SEQUENCE and other Oracle features, including a special sql_mode=ORACLE to maximize compatibility.

BSL as a key for success. When it comes to business source licensing (BSL), I couldn’t quite resolve the conflict I found in MariaDB’s messaging. On the one hand, MariaDB promotes open source as a great way to escape vendor lock-in (which we at Percona completely agree with). But on the other hand, Michael Howard stated that BSL software (“Eventual Open Source”) is absolutely critical for MariaDB’s commercial success. Is the assumption here that if vendor lock-in is not forever, it is not really lock-in? Currently, only MariaDB MaxScale is BSL, but it sounds like we should expect more of their software to follow this model.

Note. As MariaDB Server and MariaDB Columnstore use a lot of Oracle’s GPL code, these will most likely remain GPL.

I enjoyed attending both conferences. I had a chance to meet with many old friends and past colleagues, as well as get a much better feel for where MariaDB is going and when it is appropriate to advise its usage.