In this Percona Live featured tutorial, we’ll meet Derek Downey (OSDB Practice Advocate, Pythian), David Turner (Storage SRE, Uber) and René Cannaò (MySQL SRE, Dropbox / ProxySQL). Their session is ProxySQL Tutorial. There is a stigma attached to database proxies when it comes to MySQL. This tutorial hopes to blow away that stigma by showing you what can be done with a proxy designed from the ground up to perform. I had a chance to speak with Derek, David and René and learn a bit more about ProxySQL: 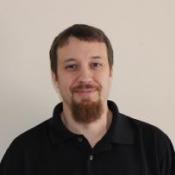 Derek: I took a relational database course in college based on Oracle. Set theory and the relational model made a lot of sense to me. After a few years as a web developer at a small company, I transitioned to a hybrid SysAdmin/DBA role and got my first taste of the potential of “the cloud” (and some of the drawbacks).

I really came to understand that data is the lifeblood of any organization, and making sure it is always available through any disaster – from human error to hurricanes – is a unique and exciting challenge.

You should never notice the DBA if they’re doing their job right. There’s not much praise for a DBA on a job well done. But it’s a vital position to keep a company running. And that suits me just fine.

David: I started working for the Advanced Projects Group at the University of Missouri, now known as MOREnet. They were largely responsible for connecting all of the libraries and schools in the state to the Internet. I was initially helping them with their Internet presence as a webmaster. Later they needed help with their databases. I got very excited about working with Oracle at the time, and decided to join that team.

My relationship with MySQL started primarily because the cost of sharding Oracle was so high. Additionally, MySQL’s replication allowed us to use slaves. Oracle’s Dataguard/standby options wouldn’t allow reads from the slaves at that time. Lastly, MySQL was sort of “wild west” fun, since it lacked so many other features that Oracle had long ago. You had to get creative. It has been humbling to see how much innovation has come from the community and how far MySQL has come. And this is only the beginning! 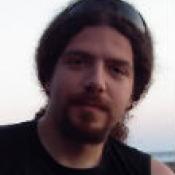 René: My career followed the classic path of a system administrator that ends up becoming a DBA. I used to work for a few companies as webmaster,  and finally as SysAdmin for a web hosting company. I always saw a similar pattern: “the bottleneck is in the database.” Nobody ever knew why the database was the bottleneck. I volunteered to improve the performance of this “unknown system.” Learning was a fun experience, and the result was extremely rewarding. I love understanding how databases operate and their internals. This is the only way to be able to get the maximum performance: “scientia potentia est”!

Percona: Your tutorial is called “ProxySQL Tutorial.” What exactly is ProxySQL, and what does it do?

Derek: I’ll leave it to René, the creator of ProxySQL, to give more detail on exactly what it is. But for a DBA trying to ensure their data is always available, it is a new and exciting tool in our toolbox.

René: ProxySQL is the MySQL data gateway. It’s the Stargate that can inspect, control, transform, manage, and route all traffic between clients and database servers. It builds reliable and fault-tolerant networks. It is a software bridge that empowers MySQL DBAs, built by DBAs for DBAs, allowing them to control all MySQL traffic where previously such traffic could not be controlled either on the client side (normally the developers’ realm) or server side (where there are not enough tools). 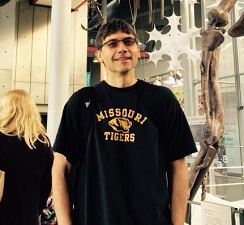 David: Architecturally, ProxySQL is a separate process between the client and the database. Because traffic passes through it, ProxySQL can become many things (three of which got my attention). It can be a multiplexer, a filter, and a replicator.

Multiplexers reduce many signals down to a few. Web servers often open many static connections to MySQL. Since MySQL can only support a limited number of connections before performance suffers, ProxySQL’s ability to transparently manage tens of thousands of connections while only opening a few to the database is a great feature.

Administrators can update ProxySQL to filter and even rewrite queries based on patterns they decide on. As someone that has worked in operations and seen how long it can take to disable misbehaving applications, this is a very compelling feature. With ProxySQL in place, I can completely block a query from the database in no time.

ProxySQL’s replication or mirroring capability means that all of the queries sent to one database can now be sent to N databases. As someone that has to roll out new versions of MySQL, test index changes, and benchmark hardware this is also a compelling feature.

Percona: What are the advantages of using ProxySQL in a database environment?

René: ProxySQL is the bridge between the clients and the servers. It creates two layers, and controls all the communication between the two. Sitting in the middle, ProxySQL provides a lot of advantages normally impossible to achieve in a standard database environment, such as throttling or blocking queries, rewriting queries, implementing sharding, read/write splitting, caching, duplicating traffic, handling backend failures, failovers, integration with HA solutions, generating real-time statistics, etc. All this, without any application change, and completely transparent to the application.

Derek: For me, ProxySQL decouples the application from the data layer. This provides more control over the backend database environment to the DBA in regards to queries, maintenance and failovers, without impact to the application.

David: In addition to the roles noted above, ProxySQL can be part of a failover solution, routing queries to a new master when the current master fails. Other advantages are splitting queries over multiple databases to distribute the load, provide additional metrics, etc.

Percona: What do you want attendees to take away from your tutorial session? Why should they attend?

Derek: This tutorial highlights what ProxySQL is trying to achieve, and discusses how to add ProxySQL to common architectures environments. Attendees will get hands-on experience with the technology, and learn how to install and configure ProxySQL to achieve query rewriting, seamless failover, and query mirroring.

David: Not only hands-on experience with ProxySQL, but an understanding of how much they can leverage with it. The more I use ProxySQL, the more advantages I see to it. For example, I did not realize that by clustering ProxySQL processes I can distribute the query matching and rewrites over many hosts, as well as use them as a caching layer.

René: ProxySQL is built upon very innovative technologies. Certain architectural concepts like hostgroups, chaining of query rules, granular routing and sharding, query retries and the very powerful Admin interface are concepts not always intuitive for DBAs with experience using other proxies. This tutorial helps understand these concepts, and attendees get hand-on experience in the configuration of ProxySQL in various scenarios.

Percona: What are you most looking forward to at Percona Live?

David: First, the people. Next, everything everyone is working on. We’re really lucky to work in such an innovative and collaborative industry. As databases evolve, we are on the ground floor of their evolution. What an exciting place to be.

Derek: I am mostly looking forward to reconnecting with my peers in the MySQL community. Both ones I’ve formerly worked with or previously met at Percona Live, as well as meeting new open source database professionals and hearing how they are providing solutions for their companies.

René: I am looking forward to attending sessions regarding new features in MySQL 8 and other new technologies. But moreover, I am excited to interact with MySQL users and get more input on how to improve ProxySQL so that it can become an indispensable tool in any MySQL environment.

Register for Percona Live Data Performance Conference 2017, and see Derek, David and René present their ProxySQL Tutorial. Use the code FeaturedTutorial and receive $30 off the current registration price!

Percona Live Data Performance Conference 2017 is the premier open source event for the data performance ecosystem. It is the place to be for the open source community as well as businesses that thrive in the MySQL, NoSQL, cloud, big data and Internet of Things (IoT) marketplaces. Attendees include DBAs, sysadmins, developers, architects, CTOs, CEOs, and vendors from around the world.

The Percona Live Data Performance Conference will be April 24-27, 2017 at the Hyatt Regency Santa Clara & The Santa Clara Convention Center.