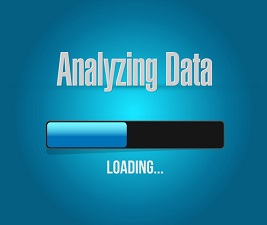 In this blog post, I’ll discuss how to use the InnoDB buffer pool pre-load feature in MySQL 5.7

Starting MySQL 5.6, you can configure MySQL to save the contents of your InnoDB buffer pool and load it on startup. Starting in MySQL 5.7, this is the default behavior. Without any special effort, MySQL saves and restores a portion of buffer pool in the default configuration. We made a similar feature available in Percona Server 5.5 – so the concept has been around for quite a while.

Frankly, time has reduced the need for this feature. Five years ago, we would typically store databases on spinning disks. These disks often took quite a long time to warm up with normal database workloads, which could lead to many hours of poor performance after a restart. With the rise of SSDs, warm up happens faster and reduces the penalty from not having data in the buffer pool. Typically, a system reaches 90% of its fully warmed up performance in 10 minutes or less. But since it takes virtually no effort to use, saving the contents of the InnoDB buffer pool is a great feature to enable by default.

This blog post looks into some issues with this feature that might not be totally obvious from its name or documentation.

By default, MySQL only saves 25% of the most actively accessed pages (by the LRU) in the InnoDB buffer pool (not the whole buffer pool).

This is a reasonable choice for many use cases: it saves the most valuable pages, which can then be loaded faster than if you try to load every page in the buffer pool (many of which might not be relevant for continuing workload).

You can change this number by setting the innodb_buffer_pool_dump_pct variable. If you’re using InnoDB essentially as an in-memory database, and want to ensure all data is memory resident and can be accessed without a disk read, set it to 100.

Note that this variable is based on the actual amount of data present in memory, not the buffer pool size, For example, if you have a 100GB buffer pool but it only contains 10GB of data, by default only 25% of 10GB (2.5GB) gets saved. (As the manual explains, it will not take nearly as much on disk as only the page identifiers are stored, not full page contents.)

MySQL starts and becomes accessible through the network before the buffer pool load on startup is complete. Immediately before the start, a lot of resources fetch buffer pool contents from the disk as quickly as possible, possibly affecting performance. If you have multiple MySQL nodes – like using MySQL Replication or running Percona XtraDB Cluster – you might consider bringing them back for production traffic only after the buffer pool load operation completes. You can monitor the buffer pool load progress by watching the GLOBAL STATUS variable:

Buffer pool load is in progress:

As a side note, it would be great if MySQL would provide a clearer concept of the “State” of the node: being UP versus being READY to serve the traffic in an optimal way are often not the same.

InnoDB’s buffer pool preload is not very efficient, at least with fast storage. In my test environment, with a rather capable NVMe storage, I get a more than 400MB/sec warmup rate if I run read-only sysbench workload. The InnoDB’s buffer pool preload warmup rate is around 100MB/sec or so.  I would guess the problem is that it doesn’t drive as many parallel IO requests as SSD storage needs to perform optimally. I did not investigate it further.

Innodb buffer pool save/restore only stores the buffer pool contents on a clear shutdown.  If the server crashes MySQL still does a buffer pool preload, but with the content information saved on last clean shutdown (stored in the ib_buffer_pool  file). This might end up wasting time loading data that is not relevant for the current workload. Periodically running the following ensures a fresh set of pages is available for a quick warmup, even if MySQL crashed:

This preserves the current list of buffer pool pages.

Note that while you (hopefully) do not see your MySQL crash that often, the same issue exists with backups, MySQL slave cloning with Percona XtraBackup, or LVM snapshot. This causes these operations to be less efficient.

I hope the observations in this blog help you put this feature to better use!