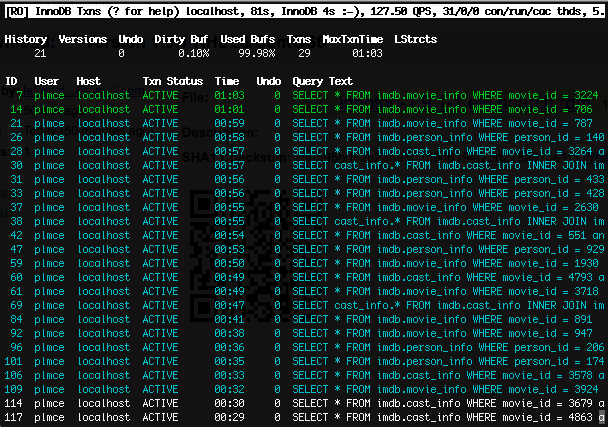 Lefred and I spent a bit of time making innotop 1.9.1.
We’ve released a new version mainly to include MySQL 5.6 support as well as including some bugs fixed by Baron Schwartz and Frédéric Descamps.

You can download the .tar.gz and rpm’s (new!) at
http://code.google.com/p/innotop/downloads/list