Which adaptive should we use?

As you may know, InnoDB has 2 limits for unflushed modified blocks in the buffer pool. The one is from physical size of the buffer pool. And the another one is oldness of the block which is from the capacity of transaction log files.

In the case of heavy updating workload, the modified ages of the many blocks are clustered. And to reduce the maximum of the modified ages InnoDB needs to flush many of the blocks in a short time, if these are not flushed at all. Then the flushing storm affect the performance seriously.

We suggested the “adaptive_checkpoint” option of constant flushing to avoid such a flushing storm. And finally, the newest InnoDB Plugin 1.0.4 has the new similar option “adaptive_flushing” as native.

Let’s check the adaptive flushing options at this post.

* estimate blocks to flush based on…

< adaptive_flushing (default “true” at 1.0.4)>
Its behavior is not based on the oldest modified age %.

* the how many blocks to flush based on…

(and adjust along with another flushing) 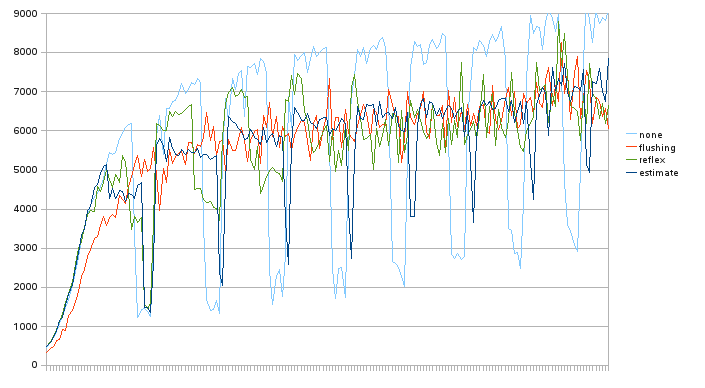 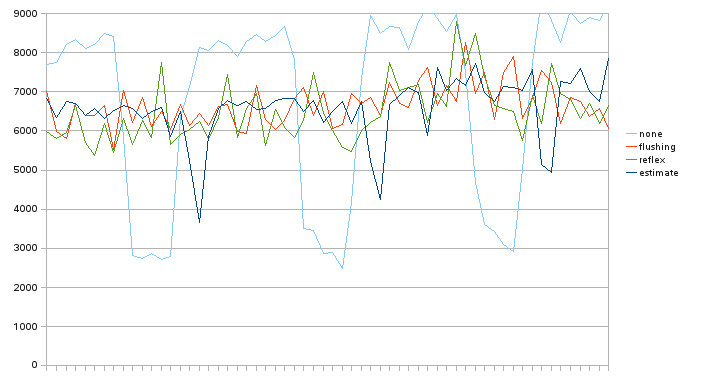 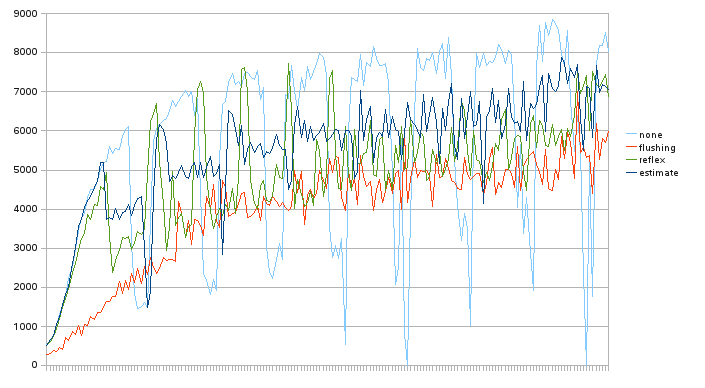 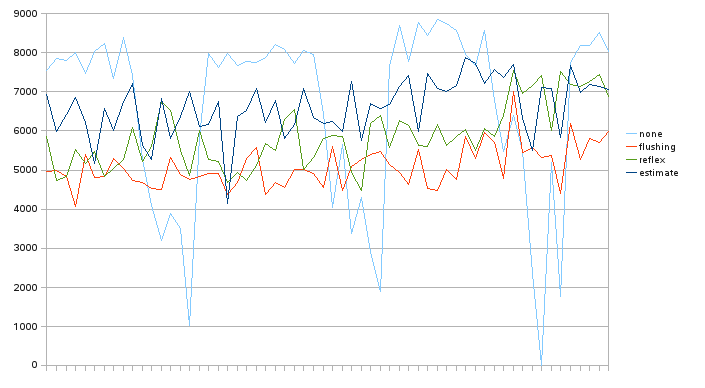 “innodb_adaptive_checkpoint = estimate” is not depend on innodb_io_capacity, and it seems more “soft” result than the other methods.

“innodb_adaptive_checkpoint = estimate” may be safe for “innodb_doublewrite = true” for now.

I have tried to improve the performance. But I couldn’t adjust performance of adaptive_flushing with doublewrite… So, instead of that, estimate is adjusted more. 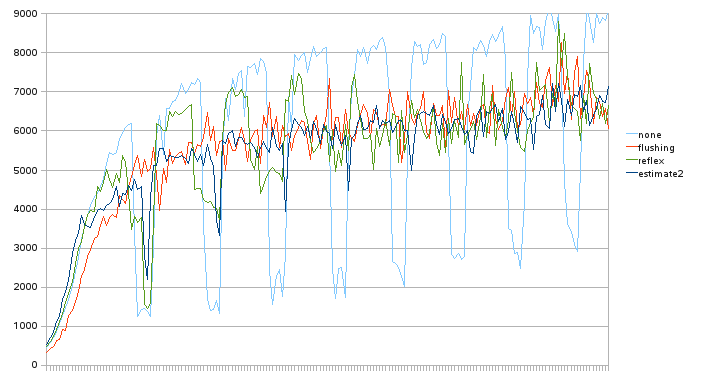 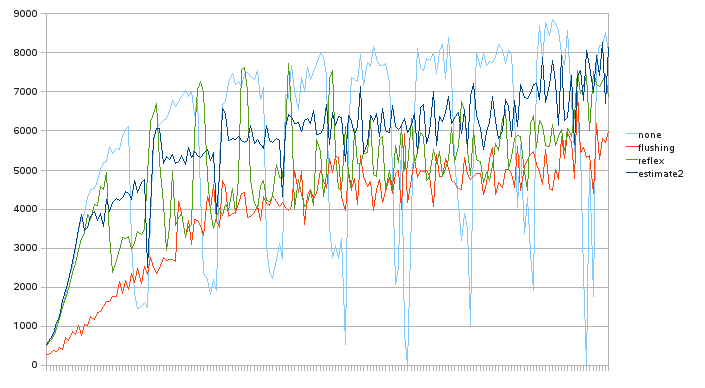 The new “innodb_adaptive_checkpoint = estimate” seems to be more stable than before. The next question is, “Why is estimate + doublewrite better than the other no doublewrite settings?”… 🙂

ADDITIONAL TEST IN ANOTHER BALANCE

Also tested in another configuration to check the behaviors in another balance of IO bound. 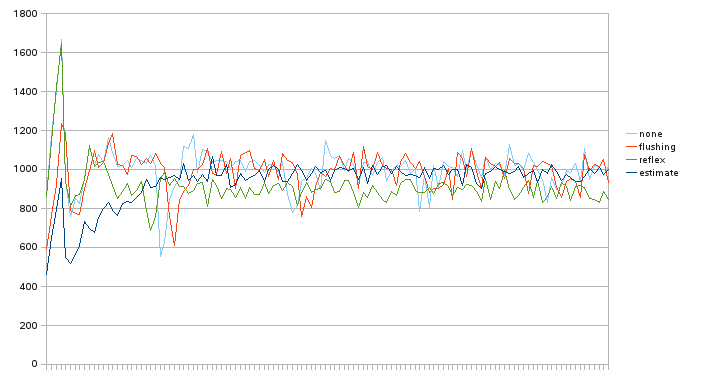 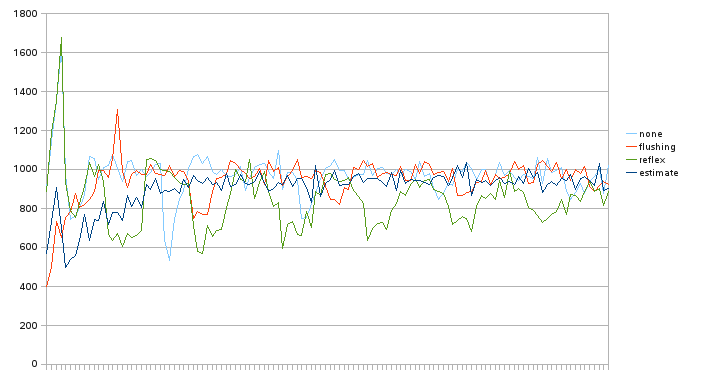 “innodb_adaptive_checkpoint = estimate” seems stable but seems to flush much in its initial phase. The adaptive_flushing seems to be more soft in this cases.

We should choose suitable adaptive_xxx for each workload for now… 🙂

Yasufumi is a former Percona employee. Yasufumi is one of the foremost InnoDB experts in the world, and has been researching and improving InnoDB internals for years. He is the original author of the first InnoDB scalability enhancements and has developed many improvements to InnoDB's internal algorithms such as flushing, locking, and recovery.