How MySQL 8.0.21 and MariaDB 10.5.4 Perform in IO-Bound Scenarios on SATA SSD and NVMe Storage 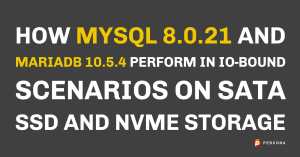 Continuing with the same topic and evaluating new versions of MariaDB and MySQL on Enterprise SSD Storage and How MySQL and MariaDB Perform on NVMe Storage, this time let’s take a look at how MySQL 8.0.21 and MariaDB 10.5.4 perform in IO-bound scenarios on both SATA SSD and NVMe storage.

This scenario is quite complicated for databases, as there is a lot of going to serve application queries:

So this IO-bound scenario is a showcase on how well the database manages the processes described above.

To evaluate MariaDB and MySQL I will use sysbench-tpcc with 1000 Warehouses. The hardware I use is:

The benchmark command line is:

This means that the benchmark will run for three hours with reporting throughput every 1 sec. I will use a three-hour time frame for a reason which will be apparent later from the results.

Let’s see what results I’ve got with this setup on SATA SSD: 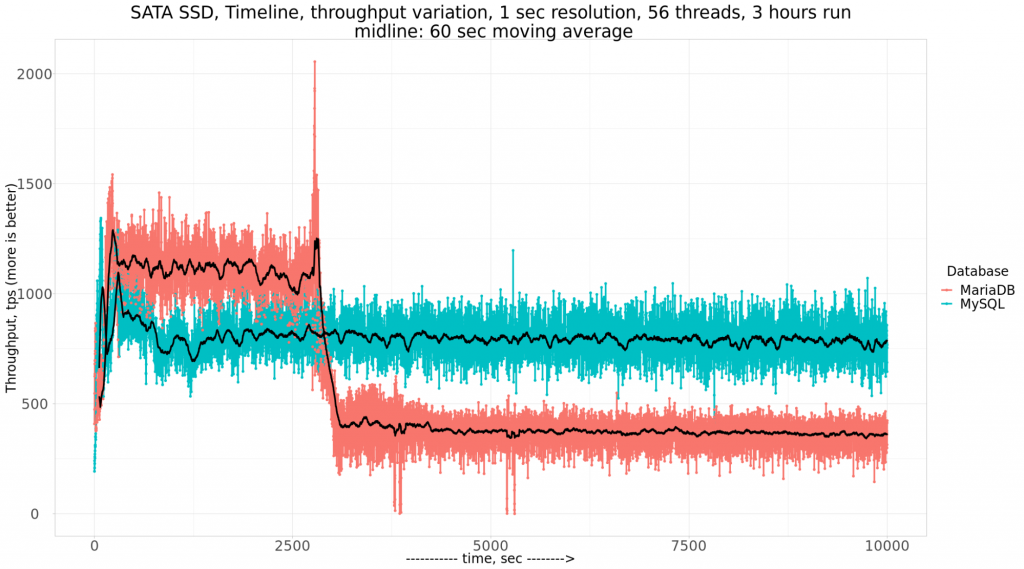 I  appreciate even more the three hours runs. In this case, we can see some interesting internal dynamics for MariaDB, in that after 2500 sec there is a major drop in throughput. 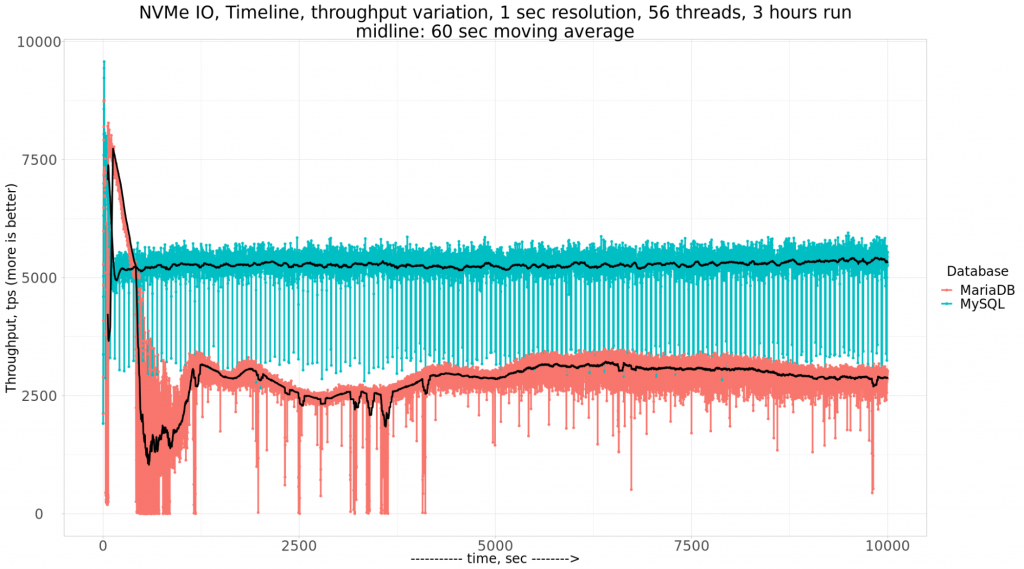 MariaDB 10.5.4 developers made a comment that there are performance fixes are coming in the next release, which may improve MariaDB performance.

The work to obtain the results with a runtime of three hours, to analyze and validate the anomalies as we see in MariaDB, takes weeks to finalize, so it is not a couple of hours to re-run and re-test a fix that might be available in a source code commit.

When the new release is available, I will re-evaluate the MariaDB performance. I prefer to work with the official releases and not compiling from the source code drops.

From the results above, MySQL clearly handles IO-bound scenarios better. The anomalies with MariaDB and performance improvements are expected in the next release, but it has to be validated.