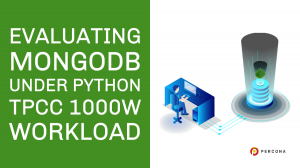 Following my blog post Evaluating the Python TPCC MongoDB Benchmark, I wanted to evaluate how MongoDB performs under workload with a bigger dataset. This time I will load a 1000 Warehouses dataset, which in raw format should equal to 100GB of data.

For the comparison, I will use the same hardware and the same MongoDB versions as in the blog post mentioned above. To reiterate:

For the client and server, I will use identical bare metal servers, connected via a 10Gb network.

For MongoDB I used:

I will load data using PyPy python version and using 100 clients and timing it:

4.2 loaded data a little faster than 4.0, and 4.4 performed extremely bad, being about 20 times slower than 4.2. I hope this is some Release Candidate bug which will be fixed for the release.

The size of MongoDB datadir is 165GB, it seems there is an overhead compared to the raw 100GB datasize.

Results With an Unlimited Cache

The results are in NEW ORDER transactions per minute, AKA more is better. 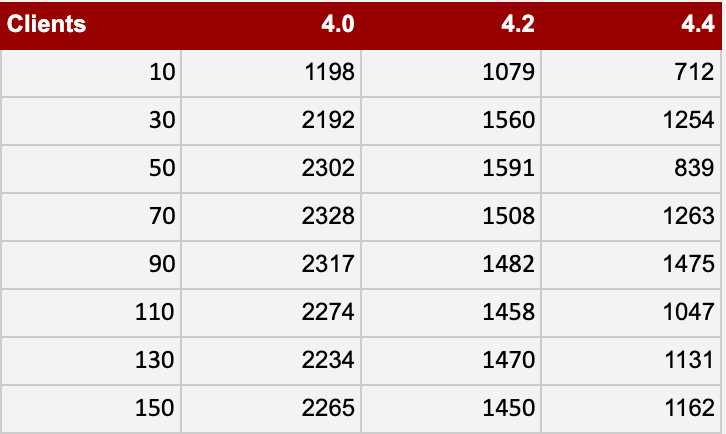 Results With a Limited Cache

In this cache, I allocate only 25GB for WiredTiger and 50GB for the mongodb process in total.

The results are in NEW ORDER transactions per minute; more is better. 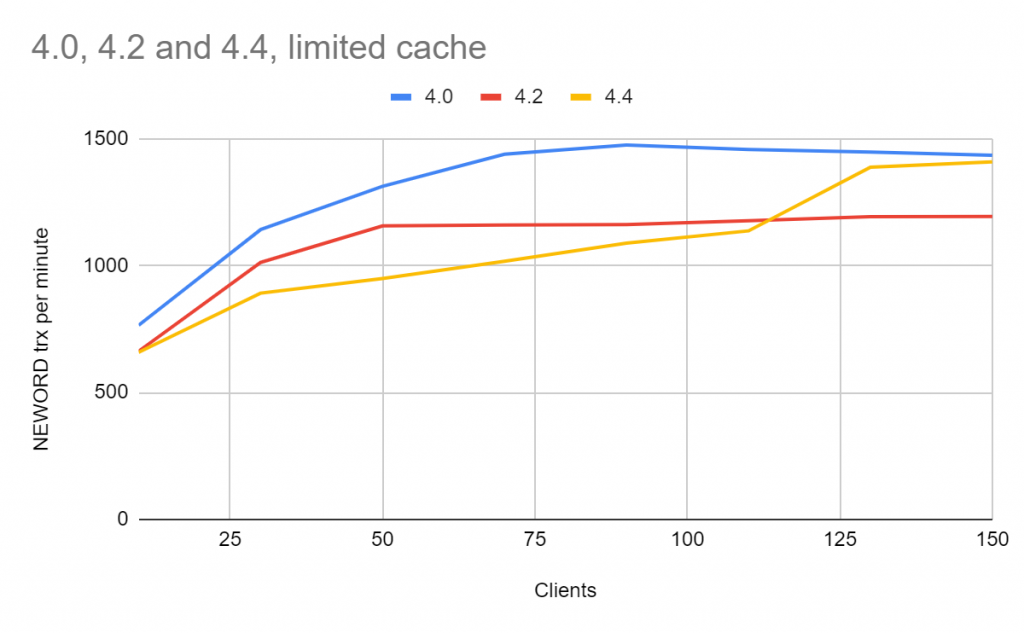 In this case, I only compare 4.0 and 4.2, as from the previous results, there is something going on with 4.4 and I want to wait until GA release to measure it in ReplicaSet setup.

The results are in NEW ORDER transactions per minute, and more is better. 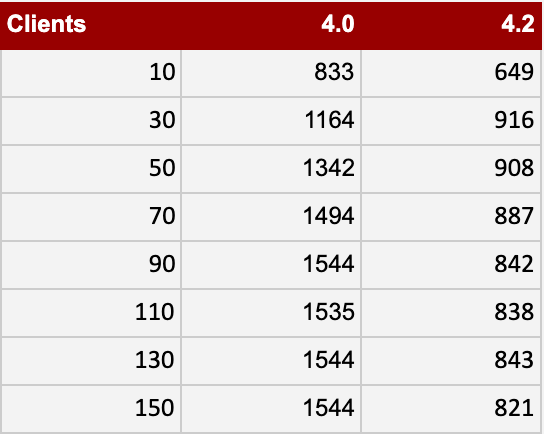 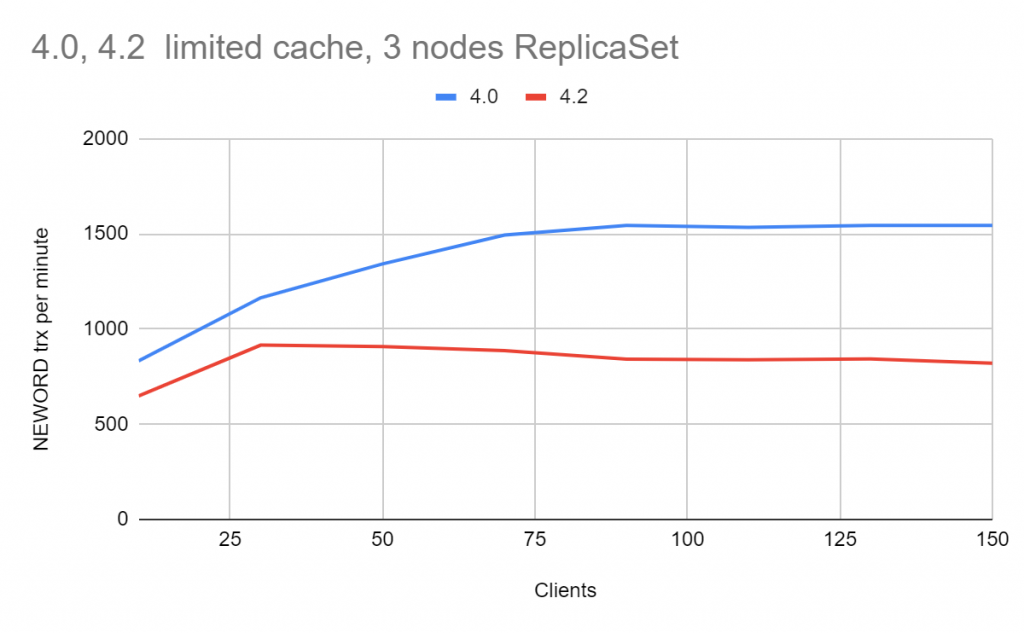 Now we can compare how much overhead there is from ReplicaSets: 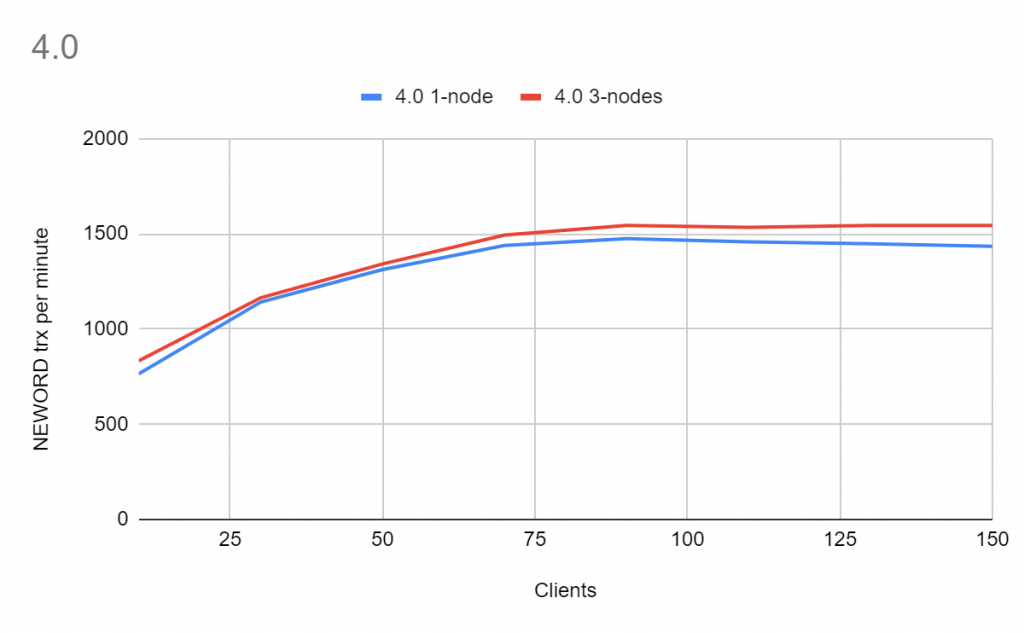 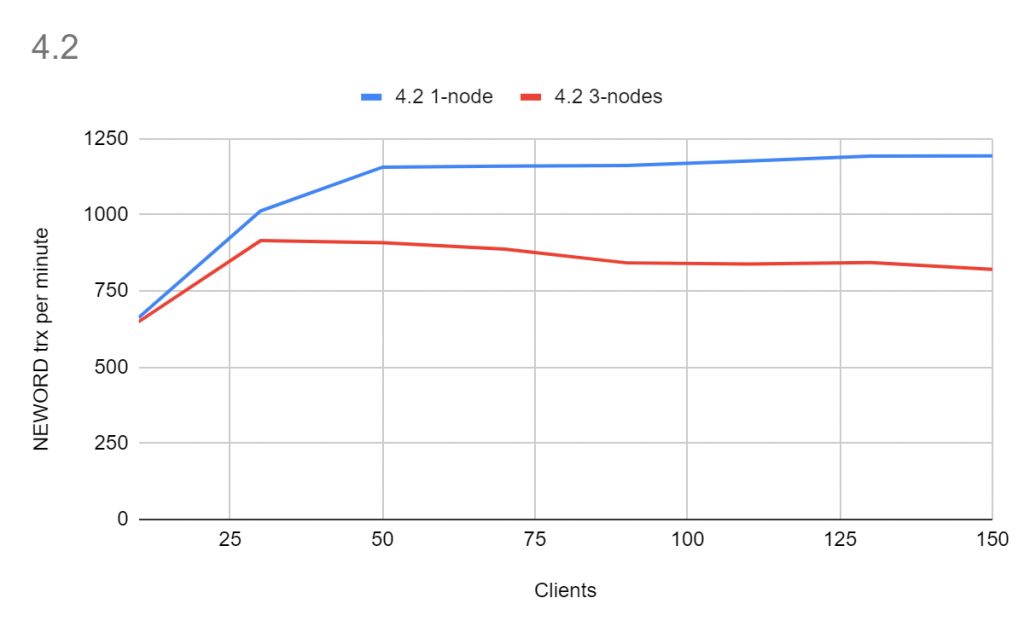 With ‘write_concern’: 1 there really should not be much overhead from replicaset, which is confirmed for version 4.0. However, 4.2 shows a noticeable difference, which is a point for further investigation.

What is obvious from the collective results is that the 4.2 version took a noticeable performance hit, sometimes showing as much as a 2x throughput decline compared to 4.0.

Version 4.4, as of the current RC status, showed long load times and variation in the performance results under high concurrent load. I want to wait for the GA release for the final evaluation.