It’s that time of year again, and we’ve just had the presentations of the MySQL Community Awards at Percona Live. A more fulsome blog post will be written for the Community Blog in the next few days about the worthy winners. Meanwhile, though, here’s a summary.

Both of these awards were made for bug identification and submission. Valerii was represented by Vicențiu Ciorbaru of MariaDB Foundation who accepted the award on his behalf.

Last but not least: 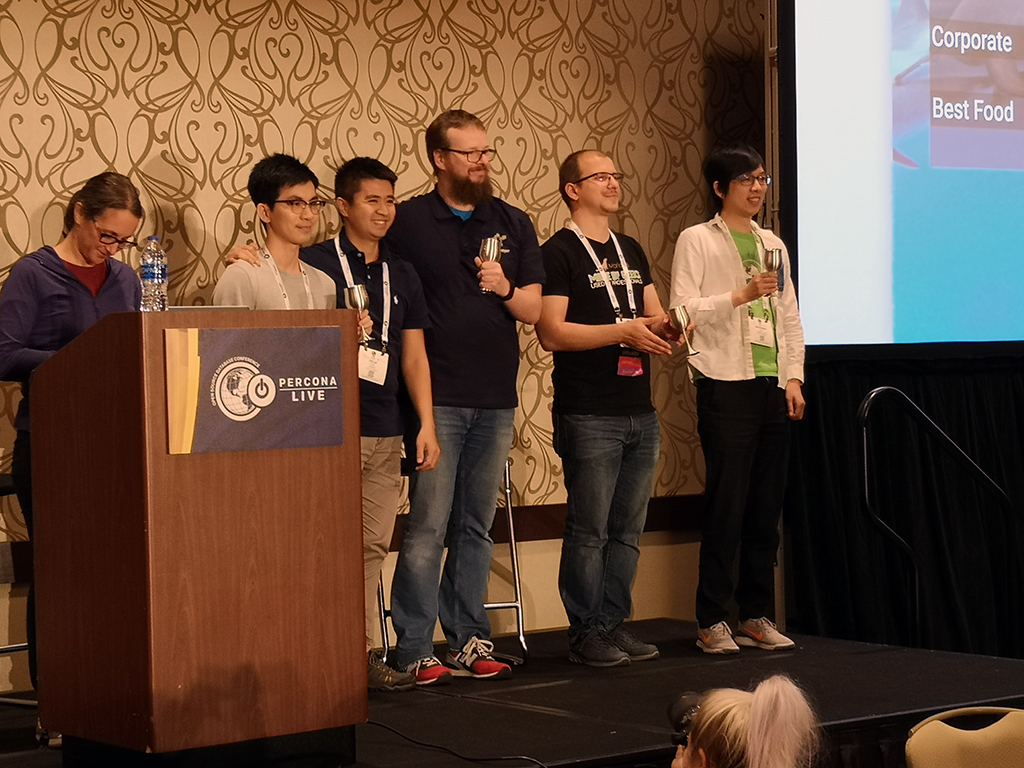 From left to right: Emily Slocombe, two representatives from Tencent (tbd), LeFred on behalf of Giuseppe Maxi, Vincentiu on behalf of Valerii, and Weixiang Zhai