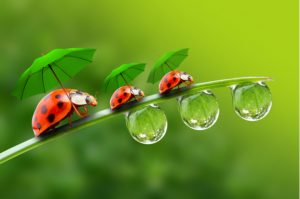 Last week I came across a bug in MySQL 8.0, which meant that the absence of mysql.user leads to auto-apply of –skip-grant-tables (#94394) would leave MySQL running in an undesirable state. My colleague Sveta Smirnova blogged about the issue and it also caught the interest of Valeriy Kravchuk in Fun with Bugs #80 – On MySQL Bug Reports I am Subscribed to, Part XVI. Thanks for the extra visibility!

Credit is now due to Oracle for the quick response, as it was fixed in less than one week (including a weekend):

I think that this particular bug reflects some of the nice things about the MySQL community (and Open Source in general); anyone can find and report a bug, or make a feature request, to one of the software vendors (MySQL, Percona, or MariaDB) and try to improve the software. Sometimes bugs hang around for a while, either because they are hard to fix, viewed as lower in priority (despite the reporter’s opinion), or perhaps the bug does not have enough public visibility. Then a member of the community notices the bug and takes an interest and soon there is more interest. If you are lucky the bug gets fixed quickly! You can of course also provide a fix for the bug yourself, which may speed up the process with a little luck.

If you have not yet reported a bug, or want to find if you are reporting them in the right sort of way then you can take a look at How to create a useful MySQL bug report…and make sure it’s properly processed by Valeriy from FOSDEM 2019.