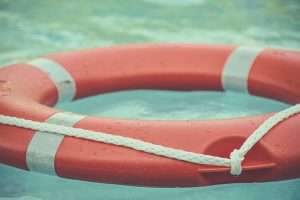 InnoDB keeps hot data in memory on its buffer named InnoDB Buffer Pool. For a long time, when a MySQL instance needed to bounce, this hot cached data was lost and the instance required a warm-up period to perform as well as it did before the service restart.

That is not the case anymore. Newer versions of MySQL/MariaDB allow users to save the state of this buffer by dumping tablespace ID’s and page ID’s to a file on disk that will be loaded automatically on startup, making the newly started server buffer pool as it was prior the restart.

Details about the MySQL implementation can be found at https://dev.mysql.com/doc/refman/5.7/en/innodb-preload-buffer-pool.html

With that in mind, Percona XtraBackup versions 2.4.13 can now instruct MySQL to dump the content of buffer pool while taking a backup. This means you can restore the backup on a new server and make MySQL perform just like the other instance in terms of InnoDB Buffer Pool data.

The buffer pool dump happens at the beginning of backup if --dump-innodb-buffer-pool is set.

The actual file copy happens at the end of the backup.

A very good use case is PXC/Galera. When a node initiates SST, we would like the joiner to have a copy of InnoDB Buffer Pool from the donor. We can configure PXC nodes to do that:

Here is an example of a PXC node that just received SST:

Joiner started with a copy of the buffer pool from the donor, which will reduce the joiner warm-up period.