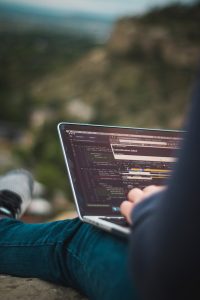 This article will walk you through using the SASL library to allow your Percona Server for MongoDB instance to authenticate with your company’s Active Directory server. Percona Server for MongoDB includes enterprise level features, such as LDAP authentication, audit logging and with the 3.6.8 release a beta version of data encryption at rest, all in its open source offering.

In this article we will make a couple of assumptions:

The first thing you are going to need to do is to install the Percona Server for MongoDB package. You can get this in a couple of different ways. You can either install from the Percona repositories, or you can download the packages and install them manually.

Once you have Percona Server for MongoDB installed, we want to start the mongod service and make sure it is set to run on restart.

Now that the service is up and running, we want to open the mongo shell and add a database administrator user. This user will be authenticated inside of the MongoDB server itself and will not have any interactions with the Active Directory server.

To start the mongo shell up, type mongo from a terminal window. Once you do this you will see something similar to the following:

Notice the second warning that access control is not enabled for the database. Percona Server for MongoDB comes with a script that you can run that will enable authentication for you, but we can also do this manually.

We will go ahead and manually add a user in MongoDB that has the root role assigned to it. This user will have permission to do anything on the server, so you will want to make sure to keep the password safe. You will also not want to use this user for doing your day to day work inside of MongoDB.

This user needs to be created in the admin database as it needs to have access to the entire system. To do this run the following commands inside of the mongo shell:

Now that we have a user created in MongoDB we can go ahead and enable authorization. To do this we need to modify the /etc/mongod.conf file and add the following lines:

Once you’ve made the changes, you can restart the mongod service by running the following command:

Now if you were to run the mongo shell again, you wouldn’t see the access control warning any more, and you would need to log in as your new user to be able to run any commands.

If you were to try to get a list of databases before logging in you would get an error:

Let’s go ahead and run the mongo shell and then log in with our admin user:

Now that we’ve logged in as the admin user, we will add a document that will be used to verify that our Active Directory based user can successfully access the data at the end of this post.

Now that we have a Percona Server for MongoDB instance set up and it is secured, we need to add some packages that will allow us to communicate properly with the Active Directory server.

For RedHat use the following command

For Ubuntu use this command

Next we need to update the SASL configuration to use LDAP instead of PAM, which is the default. To do this we need to edit the file /etc/sysconfig/saslauthd, remembering to backup up your original file first.

For RedHat we use the following commands

For Ubuntu we use these commands instead