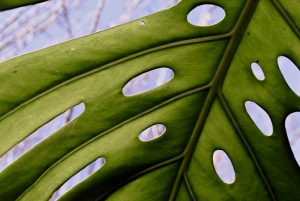 In this article I’m going to talk about partial and sparse indexes in MongoDB® and Percona Server for MongoDB®. I’ll show you how to use them, and look at cases where they can be helpful. Prior to discussing these indexes in MongoDB in detail, though, let’s talk about an issue on a relational database like MySQL®.

The boolean issue in MySQL

Consider you have a very large table in MySQL with a boolean column. Typically you created a ENUM(‘T’,’F’) field to store the boolean information or a TINYINT column to store only 1s and 0s. This is good so far. But think now what you can do if you need to run a lot of queries on the table, with a condition on the boolean field, and no other relevant conditions on other indexed columns are used to filter the examined rows.

Why not create and index on the boolean field? Well, yes, you can, but in some cases this solution will be completely useless and will introduce an overhead for the index maintenance.

Think about if you have an even distribution of true and false values in the table, in more or less a 50:50 split. In this situation, the index on the boolean column cannot be used because MySQL will prefer to do a full scan of the large table instead of selecting half of rows using the BTREE entries. We can say that a boolean field like this one has a low cardinality, and it’s not highly selective.

Consider now the case in which you don’t have an even distribution of the values, let’s say 2% of the rows contain false and the remaining 98% contain true. In such a situation, a query to select the false values will most probably use the index. The queries to select the true values won’t use the index, for the same reason we have discussed previously. In this second case the index is very useful, but only for selecting the great minority of rows. The remaining 98% of the entries in the index are completely useless. This represents a great waste of disk space and resources, because the index must be maintained for each write.

It’s not just booleans that can have this problem in relation to index usage, but any field with a low cardinality.

Note: there are several workarounds to deal with this problem, I know. For example, you can create a multi-column index using a more selective field and the boolean. Or you could design your database differently. Here, I’m illustrating the nature of the problem in order to explain a MongoDB feature in a context.

The boolean issue in MongoDB

How about MongoDB? Does MongoDB have the same problem?  The answer is: yes, MongoDB has the same problem. If you have a lot of documents in a collection with a boolean field or a low cardinality field, and you create an index on it, then you will have a very large index that’s not really useful. But more importantly you will have writes degradation for the index maintenance.

The only difference is that MongoDB will tend to use the index anyway, instead of doing the entire collection scan, but the execution time will be of the same magnitude as doing the COLLSCAN. In the case of very large indexes, a COLLSCAN should be preferable.

Fortunately MongoDB has an option that you can specify during index creation to define a Partial Index. Let’s see.

A partial index is an index that contains only a subset of values based on a filter rule. So, in the case of the unevenly distributed boolean field, we can create an index on it specifying that we want to consider only the false values. This way we avoid recording the remaining 98% of useless true entries. The index will be smaller, we’ll save disk and memory space, and the most frequent writes – when entering the true values – won’t initiate the index management activity. As a result, we won’t have lots of penalties during writes but we’ll have a useful index when searching the false values.

Let’s say that, when you have an uneven distribution, the most relevant searches are the ones for the minority of the values. This is in general the scenario for real applications.

Let’s see now how to create a Partial Index.

First, let’s create a collection with one million random documents. Each document contains a boolean field generated by the javascript function randomBool(). The function generates a false value in 5% of the documents, in order to have an uneven distribution. Then, test the number of false values in the collection.

Create the index on the flag field and look at the index size using db.test.stats().

Test some simple queries to extract the documents based on the flag value and take a look at the index usage and the execution times. (For this purpose, we use an explainable object)