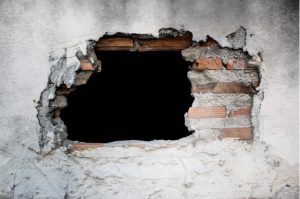 RocksDB engine—and it’s MySQL implementation MyRocks—is a very good alternative engine for MySQL. It has proven to be very efficient and stable for many workloads, including those of large scale. However, it is still a relative newborn in the MySQL ecosystem, and has only a small fraction of the adoption rate of InnoDB. That means it is not so well tested at all possible edge cases, and may have many unreported bugs. One known bug is discussed here: if you are a MyRocks user, it’s important that you are aware of the possibility of lost data in the specific circumstances described below.

In writing this article, I want to broadcast a wider warning, as the problem I found is pretty serious and could lead to a very unpleasant situation.

The problem is related to not a very edge case after all – disk full. The result could be extremely bad, though. After printing some errors, the RocksDB engine continues to message clients that consecutive writes are accepted, while they are, in fact, lost! In addition, depending on the workload and at which moment the disk ran out of space, in a worst case scenario we may lose access to tables that use the RocksDB engine completely.

Let me show how bad the situation could be, using a basic sandbox and sysbench test example. I have a sandbox with MyRocks installed:

Once my test system had not so much free disk space remaining, I ran this simple sysbench prepare command:

This resulted in the following errors being printed to the error log:

OK, so I resized my data partition online (no MySQL service restart) and gave it more free disk space. And here is what happened next. I tried to see if MySQL/MyRocks works now:

That’s the worst part – there’s no error returned to the client, and yet my new writes are basically gone!

The good thing is we can still read from the tables, so mysqldump or mydumper is the way to go now, BEFORE you attempt to restart the service:

When I later try to restart the service, it crashes on shutdown. In some cases, the database is able to recover and offer access to the old RocksDB data (though the new data, written above, are still lost).

In other cases, though, your RocksDB won’t load after restart:

and using this option:

…helps to recover the engine to usable state.

Ultimately, the worst case scenario is that you end up with the MyRocks engine dead and unable to recover, no matter what options you try. We can see this in the error log when I try to start the service:

Unfortunately, we were not able to find any workaround for this ultimate worst case situation, and so recovering data—including all other RocksDB tables not touched during the incident—may be very hard.

The problem, which is obviously a bug, is reported here: https://jira.percona.com/browse/PS-4706.

Fortunately, the engineers at Facebook—the original RocksDB founder—are aware of the issue and have already released a simple patch. This allows the engine simply to crash instead of allowing lost writes. While this is not a perfect solution, it at least protects you from losing data. Related commit details can be found here: https://github.com/facebook/mysql-5.6/commit/4a7d3fb8f96c96c2be10d61a7796ccac7610a5d6.

So, with the upgraded version, we instead will see this kind of error log event:

Therefore, all MyRocks users are advised to upgrade ASAP and if that’s not possible, you should at least double check the disk space monitoring and alerting.