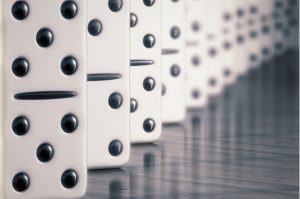 This is the second part of a two parts series. In MongoDB: index usage and MongoDB explain() we introduced the main index types supported by MongoDB, and how to create and use them. In this second article, we are going to see some examples on how to use explain() method to investigate queries. Do you need to optimize MongoDB queries? You’ll see how to use explain() to find out how your query uses indexes. Or, perhaps, that it doesn’t!

explain() is a method that you can apply to simple queries or to cursors to investigate the query execution plan. The execution plan is how MongoDB resolves a query. Looking at all the information returned by explain() we can see find out stuff like:

…and other useful information.

The aim of using explain() is to find out how to improve the query. For example, by creating missing indexes or by rewriting it in order to use existing indexes more correctly. If you are familiar with the EXPLAIN command in MySQL, the goals of MongoDB’s explain() method are exactly the same.

You can apply the explain() method to a query or a cursor in the following way, as per any other method:

However, the preferred way to investigate queries in the mongo shell is to create first the explainable object.

Once you have created the explainable object, then any kind of operation can be run against it to investigate a query or cursor execution plan. For example:

To see some examples we need a collection with some data.
For our purposes we can use the New York restaurants database. You can download this from the following url:

Unzip the archive, and import the JSON file into MongoDB:

This collection has 3772 documents, all the restaurants in New York City. Here is a document sample.

We’ll see the explain() output in the following examples.

Let’s create first the explainable object with the executionStats mode.

Then let’s investigate the query.

Here we can see the output of the explain(). First of all, we can clearly distinguish the “queryPlanner” and the “executionStats” modes. We won’t describe each one of the values, as some are really intuitive. Let’s have a look just at some of them:

queryPlanner.winningPlan.stage = “COLLSCAN”
This provides very important information about the winning plan: it means that MongoDB needs to do a collection scan. The query it’s not optimized because all the documents must be read.

queryPlanner.winningPlan.rejectedPlans = []
It’s empty. There aren’t rejected plans. When the query needs to be executed with COLLSCAN the only execution plan is the winning plan. We don’t have any indexes in the collection, apart the one on _id, so there aren’t other execution plans.

executionStats.nReturned = 1883
The number of documents returned is 1883, the number of restaurants located in Manhattan.

executionStats.executionTimeMillis = 1
The execution time of the query. It’s just 1 millisecond. This might seem good, but remember that this is the time needed to scan just 3772 documents, a very small test collection. Think about what this time could be in the case of a collection with millions of documents!

How can we improve the query?

In this case it’s simple. Let’s try to create a single field index on borough, the only condition we have in the find(). Then let’s try to explain the same query again.