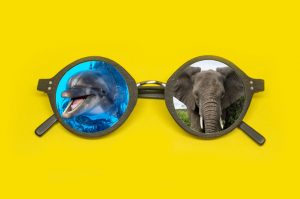 There are many organizations where front/web-facing applications use MySQL and back end processing uses PostgreSQL®. Any system integration between these applications generally involves the replication—or duplication—of data from system to system. We recently blogged about pg_chameleon which can be used to replicate data from MySQL® to PostgreSQL. mysql_fdw can play a key role in eliminating the problem of replicating/duplicating data. In order to eliminate maintaining the same data physically in both Postgres and MySQL, we can use mysql_fdw. This allows PostgreSQL to access MySQL tables and to use them as if they are local tables in PostgreSQL. mysql_fdw can be used, too, with Percona Server for MySQL, our drop-in replacement for MySQL.

This post is to showcase how easy it is to set that up and get them working together. We will address a few points that we skipped while discussing FDWs in general in our previous post

On the MySQL server-side, we need to set up a user to allow for access to MySQL from the PostgreSQL server-side. We recommend Percona Server for MySQL if you are setting it up for the first time.

This user needs to have privileges on the tables which are to be presented as foreign tables in PostgreSQL.

Under the hood, MySQL FDW (mysql_fdw) facilitates the use of PostgreSQL server as a client for MySQL Server, which means it can then fetch data from the MySQL database as a client. Obviously, mysql_fdw uses MySQL client libraries. Nowadays, many Linux distributions are packaged with MariaDB® libraries. This works well enough for mysql_fdw to function. If we install mysql_fdw from the PGDG repo, then mariadb-devel.x86_64 packages will be installed alongside other development packages. To switch to Percona packages as client libraries, you need to have the Percona development packages too.

Now we should be able to install the mysql_fdw from PGDG repository:

Connect to the PostgreSQL server where we are going to create the foreign table, and using the command-line tool, create mysql_fdw extension:

Create a server definition to point to the MySQL server running on a host machine by specifying the hostname and port:

Now we can create a user mapping. This maps the database user in PostgreSQL to the user on the remote server (MySQL). While creating the user mapping, we need to specify the user credentials for the MySQL server as shown below. For this demonstration, we are using PUBLIC user in PostgreSQL. However, we could use a specific user as an alternative.

Once we complete the user mapping, we can import the foreign schema.

Or we have the option to import only selected tables from the foreign schema.

This statement says that the tables “EMP” and “DEPT” from the foreign schema named “hrdb” in mysql_server need to be imported into the public schema of the PostgreSQL database.

FDWs in PostgreSQL allows us to import the tables to any schema in postgres.

Let’s create a schema in postgres:

Suppose we need the foreign table to be part of multiple schemas of PostgreSQL. Yes, it is possible.

You might be wondering if there’s a benefit to doing this. Yes, since in a multi-tenant environment, it allows us to centralize many of the master/lookup tables. These can even sit in a remote server, and that can be MySQL as well!.

IMPORTANT: PostgreSQL extensions are database specific. So if you have more than one database inside a PostgreSQL instance/cluster, you have to create a separate fdw extension, foreign server definition, and user mapping.

Foreign tables with a subset of columns

Another important property of foreign tables is that you can have a subset of columns if you are not planning to issue DMLs on the remote table. For example, MySQL’s famous sample database Sakila contains a table “film” with the following definition

Imagine that we don’t need all of these fields to be available to the PostgreSQL database and its application. In such cases, we can create a foreign table with only the necessary columns in the PostgreSQL side. For example:

The challenges of incompatible syntax and datatypes

There are many syntactical differences between MySQL and PostgreSQL. Consequently, you may need to manually intervene to create foreign tables. For example, MySQL tables accept the definition of enumerations in place, whereas PostgreSQL expects enumeration types to be defined before creating the table like this:

Many such things are not handled perfectly. So it is better to specify them as a text datatype. The same applies to the set datatype.

I’m used to receiving skepticism from people about treating enum and set as text. Well, please don’t forget that we are not storing them in PostgreSQL, the text data type is just a method for handling input and output from the table. The data is pulled and pushed from the foreign server, which is MySQL, and this converts these texts into the corresponding enumeration before storing them.

IMPORTANT: mysql_fdw has the capability to do data type conversion (casting) automatically behind the scenes when a user fires DML against foreign tables.

Generally, DML against a remote MySQL database from the PostgreSQL side can be quite challenging because of the architecture differences. These impose restrictions, such as the first column of the foreign table must be unique. We will cover these in more depth in a future post.

Handling views on the MySQL side

PostgreSQL can treat this view as a foreign table:

Views on the top of foreign table on PostgreSQL

PostgreSQL allows us to create views on the top of foreign tables. This might even be pointing to a view on the remote MySQL server. Let’s try creating a view using the newly created foreign table v_film.

One of the key features mysql_fdw implements is the ability to support persistent connections. After query execution, the connection to the remote MySQL database is not dropped. Instead, it retains the connection for the next query from the same session. Nevertheless, in some situations, there will be concerns about continuously streaming data from the source database (MySQL) to the destination (PostgreSQL). If you have a frequent need to access data from foreign tables, you could consider the option of materializing the data locally. It is possible to create a materialized view on the top of the foreign table.

Whenever required, we can just refresh the materialized view.

One of the features I love about the FDW framework is its ability to clean up foreign tables in a single shot. This is very useful when we setup foreign table for a temporary purpose, like data migration. At the very top level, we can drop the extension, PostgreSQL will walk through the dependencies and drop those too.

I should concede that the features offered by mysql_fdw are far fewer compared to postgres_fdw. Many of the features are not yet implemented, including column renaming. But the good news is that the key developer and maintainer of mysql_fdw is here with Percona! Hopefully, we will be able to put more effort into implementing some of the missing features. Even so, we can see here that the features implemented so far are powerful enough to support system integration. We can really make the two sing together!

As part of our commitment to being unbiased champions of the open source database eco-system, Percona offers support for PostgreSQL – you can read more about that here.

MySQL and PostgreSQL make a formidable tandem, but each open source database has its own strengths and weaknesses. Getting the most out of your databases requires an understanding of those traits. Our white papers on MySQL and PostgreSQL can give your business the insight it needs to maximize your data environment, helping you learn how to best utilize these open source databases. For more information, see these links: