As we close out the holiday season, let’s look at some data that tells us how to guarantee a successful Black Friday (from a database perspective).

There are certain peak times of the year where companies worldwide hold their breath in the hope that their databases do not become overloaded or unresponsive. A large percentage of yearly profits are achieved in a matter of hours during peak events. It is critical that the database environment remains online and responsive. According to a recent survey, users will not wait more than 2.5 seconds for a site to load before navigating elsewhere. Percona has partnered with many clients over the years to ensure success during these critical events. Our goal is always to provide our clients with the most responsive, stable open-source database environments in order to meet their business needs.

In this blog post, we are going to take a closer look at what happened during Black Friday for a high-demand, high-traffic, business-critical application. Pepper Media Holding runs global deals sites where users post and vote on top deals on products in real-time. To give you a better idea of what the user sees, there is a screenshot below from their Germany mydealz.de branch of Pepper Media Holding. 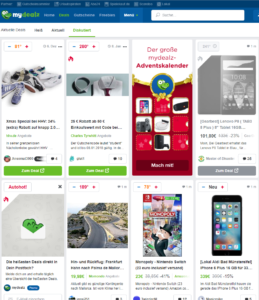 As you can imagine, Black Friday results in a huge spike in traffic and user contribution. In order to ensure success during these crucial times, Pepper Media Holding utilizes Percona’s fully managed service offering. Percona’s Managed Services team has become an extension of Pepper Media Holding’s team by helping plan, prepare, and implement MySQL best-practices across their entire database environment.

Pepper Media Holding and Percona thought it would be interesting to reflect on Black Friday 2017 and how we worked together to flourish under huge spikes in query volume and user connections.

Below is a graph of MySQL query volume for Germany servers supporting the mydealz.de front-end. This graph is taken from Percona’s Managed Service Team’s installation of Percona Monitoring and Management (PMM), which they use to monitor Pepper Media’s environment.

As to be expected, MySQL query volume peaked shortly before and during midnight local time. It also spiked early in the morning as users were waking up. The traffic waned throughout the day. The most interesting data point is the spike from 5 AM to 9 AM which saw an 800% increase from the post-midnight dip. The sustained two-day traffic surge was on average a 200% increase when compared to normal, day-to-day query traffic hitting the database.

For more statistics on how the mydealz.de fared from a front-end and user perspective, visit Pepper Media Holding’s newsroom where Pepper Media has given a breakdown of various statistics related to website traffic during Black Friday. 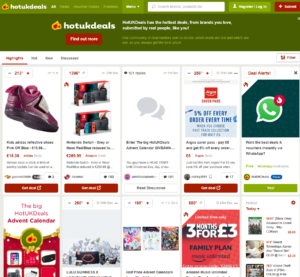 The below graphs are from our Managed Service Team’s Percona Monitoring and Management installation and representative of the UK servers supporting the HotUKDeals website traffic.

The first graph we are taking a look at is MySQL Replication Delay. As you can see, the initial midnight wave of Black Friday deals caused a negligible replica delay. The Percona Monitoring and Management MySQL Replication Delay graph is based on seconds_behind_master which is an integer value only. This means the delay is somewhere between 0 and 1 most of the time. Only once did it go between 1 and 2 over the entire course of Black Friday traffic.

The below graphs highlight the MySQL Traffic seen on the UK servers during the Black Friday traffic spike. One interesting note with this graph is the gradual lead-up to the midnight Black Friday spike. It looks like Black Friday is overstepping its boundaries into Gray Thursday. The traffic spikes here mimic the ones we saw in Germany. There’s an initial spike at midnight on Black Friday and then another spike as shoppers are waking up for their day. The UK servers saw a 361% spike in traffic the morning of Black Friday.

MySQL connections also saw an expected and significant spike during this time. Neglecting to consider max_connections system parameter during an event rush might result in “ERROR 1040 (00000): Too many connections.” However, our CEO, Peter Zaitsev, cautions against absent-mindedly setting this parameter at an unreachable level just to avoid this error. In a blog post, he explained best-practices for this scenario.

The MySQL query graph below shows a 400% spike in MySQL queries during the peak Black Friday morning traffic rush. The average number of queries hitting the database over this two day period is significantly higher than normal – approximately 183%.

Note: Check out our Pepper Media case study on how Percona helps them manage their database environment.

If you would like to further explore the graphs and statistics that Percona Monitoring and Management has to offer, we have a live demo available at https://pmmdemo.percona.com. To discuss how Percona Managed Services can help your database thrive during event-based traffic spikes (and all year round), please call us at +1-888-316-9775 (USA), +44 203 608 6727 (Europe), or have us contact you.