A Mystery with MySQL open_files_limit 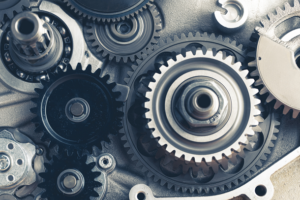 In this blog, we’ll look at a mystery around setting the MySQL open_file_limit variable in MySQL and Percona Server for MySQL.

MySQL Server needs file descriptors to run. It uses them to open new connections, store tables in the cache, create temporary tables to resolve complicated queries and access persistent ones. If mysqld is not able to open new files when needed, it can stop functioning correctly. A common symptom of this issue is error 24: “Too many open files.”

As a user, when you start an application it cannot have limits set to be greater than the limits defined by the operating system for the user in question. Therefore, you would intuitively expect mysqld to set open_files_limit  to any value that is less than the OS limit. This is not the case, however. No matter what value you set for the open_files_limit variable, the OS limit is used unless it is set to “infinity”.

The reason for this can be found in the code contained in the  mysys/my_file.c file:

This code tells mysqld to take the maximum value of what is specified in either the variable open_files_limit, or the soft system user limit.

I reported this behavior as documentation bug #87681.

mysqld_safe has its own open_files_limit option. This option allows you to overwrite the system soft limit any way you want. However, on:

This option as specified under the  [mysqld_safe] header in the configuration file is not used when you start mysqld as a service. To explain the reason for this behavior, we need to step back into history.

For a long time, many Linux Operating Systems used init.d to start certain commands together with the OS. The Init daemon executes scripts (usually located in the directory /etc/init.d) at system startup, depending on the runlevel.

The different implementations of init.d vary, but they have known drawbacks. For example, init.d starts everything sequentially. This means a new process has to wait if another has already started. This makes the startup process on multi-core machine slow. Another drawback related to our topic is that daemons started by init.d inherit OS limits from the root user. If a program needs to be run by another user, the switch needs to happen in the startup script itself. But the order of option files that such users read can be different, depending on if they are logged in via the ssh,  su or sudo commands.

MySQL Server’s startup sequence for the service is as follow:

This behavior has existed at least since version 5.5.

Before version 5.7, Percona Server for MySQL had a different startup sequence:

With this sequence, you only need to set a hard limit for a mysql user in the file  /etc/security/limits.conf, and mysqld_safe will do the rest.

In version 5.7, Percona Server for MySQL backported the startup sequence from MySQL Server. Since then, setting a hard limit on the number of open files for mysql users in  /etc/security/limits.conf is not enough. You also need to have a row session required pam_limits.so in the file /etc/pam.d/common-session. This is needed because the startup sequence for mysql users changed due to the design of   init.d.

Linux developers performed several trials to find a better startup solution than init.d. Speaking for MySQL and Percona Server for MySQL startup, the most important innovation is SystemD. SystemD is becoming more and more popular. Therefore MySQL and Percona Server for MySQL do not use init.d on Red Hat Enterprise Linux 7, Oracle Linux 7, CentOS 7, SUSE Linux Enterprise Server 12, Fedora 25 and 26, Debian 8 or higher and Ubuntu 16.04 LTS or higher. Instead, they use SystemD.

What does this mean for MySQL users?

Scripts started by SystemD start as required by the system user from the start. Therefore they do not inherit limits from the root user and use their own limits specified in  /etc/security/limits.conf. If you need to have your mysqld process limits differ from the defaults for user mysql, you need to set the option LimitNOFILE under the  [Service] section in the service configuration file. Again, you cannot then lower this limit using open_files_limit option, unless you set it to Infinity.

To make things more complex, Percona Server for MySQL packages for Ubuntu contain both the  mysql.server script (used by init.d) and the service description for SystemD. In fact, SystemD is used after install — but you might be confused when looking at only the package files.

You should set the  open_files_limit variable together with the operating system limits. You should study how init.d or SystemD works if you see values that you don’t expect.

How to change open_files_limit variable?