Black coffee was flowing this morning for day two Percona Live Europe 2017 Keynotes after many of the delegates had spent a good few hours the night before enjoying Irish hospitality at the Community Dinner.

So today Laurie Coffin, Chief Marketing Officer for Percona, introduced proceedings for day two and later also took to the stage for a Q&A session with authors Laine Campbell and Charity Majors. More on that later…

State of the Dolphin 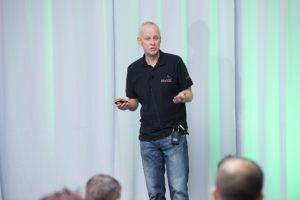 WATCH: Geir Høydalsvik, Development Director for MySQL at Oracle, delivers his keynote “State of the Dolphin”

First up Geir Høydalsvik, Development Director for MySQL at Oracle, delivered juicy tidbits of what to expect in MySQL 8.0 (beyond what you see in the current Developer Milestone Releases). He gave a comprehensive overview of plans and current developments to what had become an almost full house – despite the night before’s revelries.

Many Faces of Continuent Tungsten 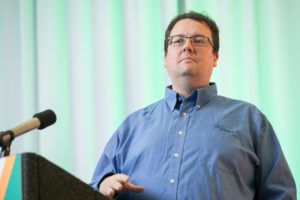 MC Brown brought the conference up to date with the latest Tungsten developments, as well as some thoughts for the future. He described the wide-ranging deployments of Tungsten out in the field and his thoughts on how it might look going forward. 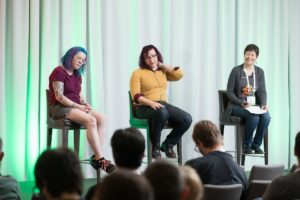 Laurie Coffin took to the stage to quiz Laine Campbell, Senior Director Production Engineering at OpsArtisan, and Charity Majors, CEO of Honeycomb Q&A about the newly released O’Reilly title: Database Reliability Engineering. The book focuses on designing and operating resilient database systems and uses open-source engines such as MySQL, PostgreSQL, MongoDB, and Cassandra as examples throughout. 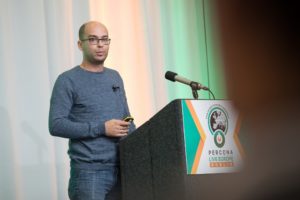 Pepper.com is purposely different than other platforms that list daily deals. Around the clock, the community seeks and finds the best offers in fashion, electronics, traveling and much more. Pavel described how Pepper optimizes their database performance to make sure their web applications remain responsive and meet users’ expectations.